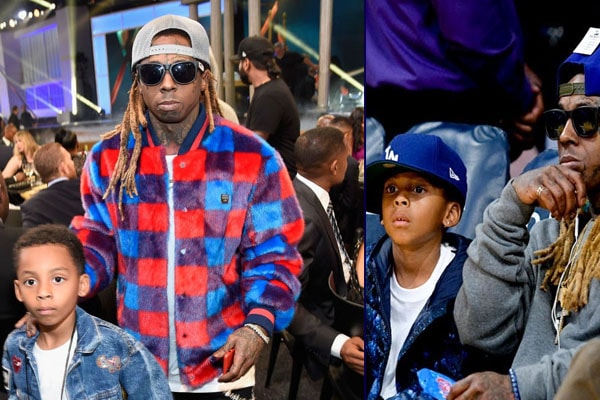 Born on the 9th of September, 2009 in Los Angeles, California, Lil Wayne‘s son Cameron Carter is his third child and also the first son of Lauren London. The young Cameron also goes by the name of “Killa.”

If you are a rap fan, then you must already have known who Lil Wayne is. But, what many people don’t know that Lil Wayne has got four children with four different wives. Whereas Cameron’s mother, Lauren London, is a model, television personality, and actress.

Cameron Carter’s Relationship With His Dad And Mom

Cameron Carter has got a good relationship with both of his parents. On Cameron Carter’s 6th birthday, his father Lil Wayne took him to a Fancy Japanese Restaurant called Nobu Malibu for his birthday celebration. Once during a rare occasion, Lil Wayne’s son Cameron Carter was seen with him at the Lakers game. They were enjoying a lot during the game.

From that, we can clearly see how much of a strong bond the father-son duo has. Rapper Lil Wayne and his son Cameron Carter have a lookalike face. The resemblance is uncanny. Cameron looks like a mini version of Lil Wayne.

Lauren also tends to keep elder son, Cameron away from the media limelight. She sometimes posts photos of him on her Instagram. Even if she does, Lauren makes sure that the face is unrevealed. The same goes for Lil Wayne too. He tends to keep his children away from the spotlight.

So, in all, Cameron is close to both of his parents. Lil Wayne and Lauren London are doing all that they can to raise their child together. We can say that Lil Wayne’s son is very fortunate to have such loving parents indeed.

Nipsey Hussle was killed on March 31, 2019, and it was an unforgettable loss for both the industry and the world. He was such a good person, and he passing away moved both his family and fans. His funeral was filled with heartfelt moments and special tributes from family members, musicians, and celebrity friends. But none of them was as heartwarming as the one delivered by Lil Wayne’s son Cameron Carter.

Wearing a blue suit with a Nipsey Hussle pin on his lapel, the little man spoke about the dream he had. He shared his dream, where he mentioned the late rapper hugged him and disappeared. The late rapper also mentioned something about heaven and how it looked like paradise.

It was one of the touching moments during the celebration of Nipsey Hussle’s life. Little Cameron did not hesitate to demonstrate his bond that he shared with Nipsey Hussle and reflected on a dream of his mom’s deceased partner.

Cameron Carter And His Siblings

The little Carter may be a single child, but he has got siblings too. As mentioned above, Lil Wayne has got four children with four different women. So, Cameron has got three other half-siblings. Lil Wayne’s first daughter and son, Reginae Carter and Dwayne Michael Carter III, with his baby mamas, are the elder half-siblings of Cameron.

Not forgetting Lauren London’s son, Kross Asghedom with her deceased boyfriend, Nipsey Hussle. Kross is also Cameron’s half-brother and the two brothers get along with each other and love each very much.