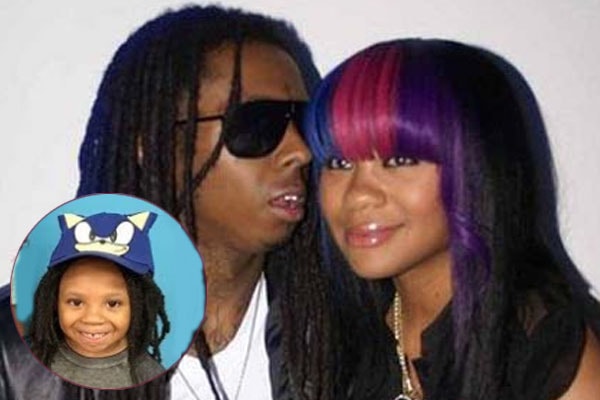 The American Rapper Lil Wayne’s son Neal Carter was born on the 30th of November, 2009. The little Neal is the fourth child of Wayne. The “How To Love” rapper had his son Neal with ex-girlfriend Nivea B. Hamilton.

From both of his parents’ sides, Neal has got three-three elder-half siblings respectively. From his father’s side, he has an elder half-sister Reginae Carter, and two elder half-brother Dwayne Carter III and Cameron Carter, Lil Wayne’s children with Antonia Wight, Sarah Vivan and Lauren London respectively. And as from his mother’s side, he has got two elder half-brothers named London Nash and Christian Nash and an elder half-sister named Navy Talia Nash. Singer Nivea’s children with ex-husband The-Dream.

All the three sons of Lil Wayne have a close resemblance to him, but among them, Neal stands out as he looks like a replica of Wayne. Plus the little Neal Carter’s dreadlocked hair is a cherry on top. He definitely is the mini-me version of his father.

Some while ago, Neal and his elder half-brothers Cameron and Dwayne made a music video of Chris Bronw’s song “Loyal” featuring their dad Lil Wayne and Tyga. Many of the fans applauded them on their work and stated how Neal resembled his dad Lil Wayne.

We all know how much of a big name Lil Wayne is in the music industry, it won’t surprise many people seeing Neal follow the footsteps of his star dad. Plus who knows, Neal might even surpass his father.

Neal Is Close With His Siblings

Neal Carter spends most of his time with his half-siblings from his father’s side. He is not seen that much with the other children of singer Nivea. Lil Wayne’s son Neal has got a very close relationship with his elder half-siblings and shares an impeccable bond with them.

Nivea’s son Neal is also very close with his elder half-sister Reginae, and she calls him her baby.

The name Neal is the anglicized form of Niall and has a Gaelic origin. It means passionate, champion or cloud.