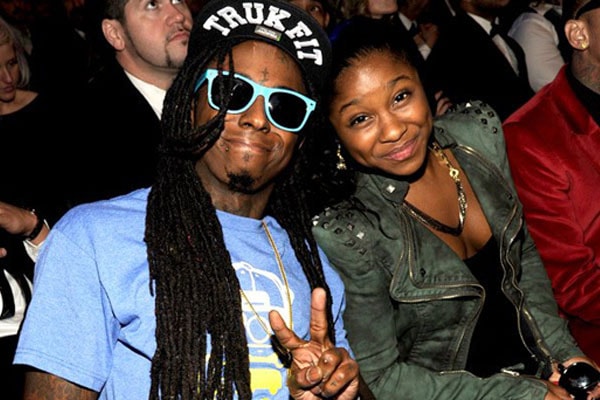 Reginae Carter, Lil Wayne‘s daughter, was born on the 29th of November, 1998. Reginae is the first child of the rapper Lil Wayne with his ex-wife Antonia Wright. When Reginae Carter was born, her father Wayne was only 16 and her mother Antonia was only15.

Reginae Carter’s parents Lil Wayne and Antonia Wright were only married for two years, i.e., from 2004 to 2006. Despite their divorce, both Wayne and Wright stayed close to raise their daughter Reginae together.

Here are some of the facts about Lil Wayne’s daughter Reginae Carter:

The gorgeous daughter of Lil Wayne, Reginae Carter started dating Atlanta rapper YFN Lucci in 2017. Rapper YFN Lucci has an estimated net worth of $1.5 million. Reginae and Lucci remained private about their relationship until the March of 2018; it was official when Reginae uploaded a photo of herself with the rapper.

There is news of the couple breaking up, but neither Reginae nor her boyfriend YFN Lucci has come forward to confirm the story.

2. Reginae Has A Half-Sister From Her Mother’s Side

Many people know that Reginae’s father Lil Wayne has got four children named Dwayne Carter III, Neal Carter, Cameron Carter, and Reginae herself but what many don’t is that she also has got a half-sister from her mother’s side named Reign Ryan Rushing. Antonia Wright aka Toya Carter gave birth to the little Reign on the 8th of February,2018 with baby daddy Robert “Red” Rushing.

And by the looks of it, Regina seems very close to her little sister Reign Ryan.

Reginae Carter’s popularity grew when she was cast on ‘Growing Up Hip Hop: Atlanta’, a WE TV Series. But because of the show, Reginae gained a reputation for ‘entitled’ and ‘whiney.’ As many people were mocking Reginae, her mother Antonia Wright was also frustrated by that and decided not to go back for the second season.

Please don’t call us to come back. We done! #GUHHATL

4. Reginae Is Signed To Her Father’s Record Label

Just like her rapper father, the 19-year-old Reginae Carter is also into music. For a short period of time, Reginae was a part of the group Officially Miss Guided (OMG.) Later, Reginae left the group and continued as a solo artist. And in 2013, she signed a deal with her father, Lil Wayne’s record Label Young Money. Plus she has also collaborated with her father Lil Wayne on his new album Tha Carter V.

One thing is for sure though that Reginae Carter loves her dad a lot. So when Lil Wayne released his new album Tha Carter V, Reginae’s happiness contained no boundaries.