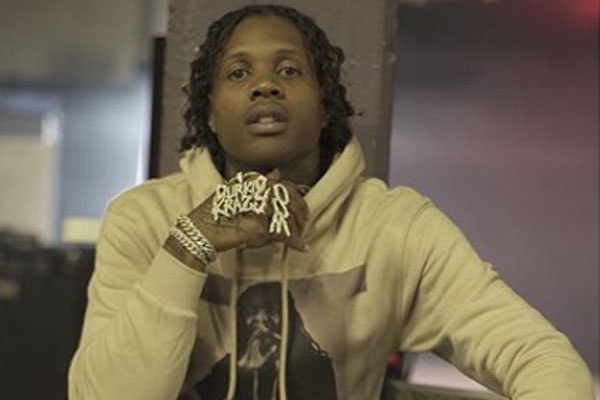 Lil Durk has an estimated net worth of $1.5 million

The “Remembrance” rapper Lil Durk‘s Net worth is estimated to be $1.5 million. Durk has earned his massive fortune from his prosperous profession as a rapper.

Lil Durk comes from a gangsters’ family. He is a member of a large street gang based in Chicago called Black Disciples. Lil Durk’s father Dontay Banks Sr. has been serving two life sentences. Durk himself has been charged with felonies many times. He was held on $100,000 bond for being arrested after throwing a handgun into his car.

Lil Durk Net Worth and Earnings

Durk Banks aka Lil Durk’s net worth is estimated to be $1.5 million. He is active in the rap game since 2011 and has been able to make a name for his own in the industry. Just a couple of months ago Lil Durk signed with Alamo Records. Before he was signed with Def Jam Music Group.

Like Durk, LHHM star Gunplay who has an estimated Net worth of $2 million was also once signed with Def Jam. We are sure Lil Durk will take home a huge sum of money from the new record deal. Till date, the millionaire Durk has released many albums under his belt. Here are some of his albums along with their respective prices:

The huge chunk of cash he receives from the sales of his albums also contribute to Lil Durk’s net worth.

It is common for musicians and celebrities to release merchandise after they get popular. Lil Durk is the head of his collection “Only The Family (OTF),” and most of his merchandise contain the initials OTF. Here is a table representing some goods offered by Lil Durk.

According to Social Blade, Durk’s YouTube channel generates a maximum sum of $917.5K yearly.  Being involved in different endeavors alongside music, no wonder Lil Durk’s net worth is estimated to be $1.5 million.

The 25-year-old rapper Lil Durk tends to live a lavish lifestyle, and thanks to his riches he can afford it all. We can see him flexing his jewelry and exotic lifestyle if we check his social media handle.

Over the few years, there has been a massive leap in the Net worth of Lil Durk.