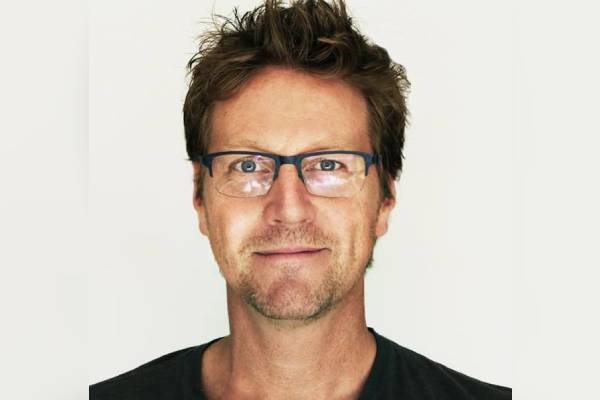 Life is not always about sunshine, sometimes we have to deal with hurricanes too. Several unprecedented events happen in our day-to-day life, and we do not have any options besides facing them and getting past them. The courage and strength required to withstand the problem are unmeasurable.

Having been married for 15 years, Marcia Gay Harden and Thaddaeus Scheel went through every phase of life together. But their marriage came to an end. It must have been difficult for both of them. As mentioned earlier, it must have taken a lot of courage and strength to deal with it. So, why don’t we know more about Marcia Gay Harden’s ex-husband and the reason behind their split? Hence, stick with us till the end.

Were Married For 15 Years

Marcia and Thaddaeus first met on the set of The Spitfire Grill in Maine. There, the latter was working as a prop man, and the actress played a waitress. The ex-couple hit off instantly and soon began their relationship. Interestingly, Marcia’s brother and dad have the same name as her former husband. So, when she first met Thaddaeus, she thought she could not date him because of his name.

Later, Harden thought, why not date him as the men she loves the most in her life are named Thaddaeus. The former duo then started their relationship and tied the knot on July 9, 1996. Afterward, the then-couple enjoyed their marital bliss for the next decade and more.

A Doting Dad Of Three Children

The ex-couple welcomed three kids in 15 years of being husband and wife. Two years after their wedding, Marcia and her former spouse became parents for the first time with the arrival of their baby girl Eulala Grace Scheel in September. Then, on April 22, 2004, they welcomed twins Hudson Harden Scheel and Julitta Dee Scheel, were born.

The Scheel siblings grew up in a loving environment surrounded by immense love and affection. They all share a close-knit bond and must have had a wonderful time growing up together. Thaddaeus and Marcia Gay Harden’s children are currently enrolled in their respective colleges and must be working hard to make a career of themselves.

Also Read: Find Out If Elle Fanning And Max Minghella Are Still Together

After being married for nearly two decades, Thaddaeus Scheel’s then-wife filed for divorce from him in February 2012. The news was confirmed by a representative in a statement to People magazine. As per the statement, the actress asked for the family’s privacy to be respected at such time for the sake of their children. It also stated that there would be no further comments on the matter, and the estranged duo thanked everyone for their understanding.

Talking about her separation from him, Thaddaeus Scheel’s ex-spouse said that he knew their breakup was very painful to her. She further added that she always saw people who loved each other, but when the marriage ended, they simply forgot the love between them and turned it into hatred for the rest of their lives. She realized that it did not make any sense if they had kids.

Marcia told everything to her children and did not waste time sugar-coating any events. The former couple, however, kept their divorce settlement under the radar. As a result, the information regarding the amounts of alimonies, child support, and others remains scarce. The former husband-wife duo has a good relationship even after their divorce and sometimes spend holidays with their kids.

Also, Mr. Scheel is there for their babies whenever he is needed. For instance, in October 2021, Marcia Gay Harden’s daughter, Eulala, dislocated her knee while on a two-week hiking expedition. Sharing the news, she thanked many people for their help towards her baby girl. Among them, the actress was also thankful to Thaddaeus for being there for their daughter.

Summing up the post’s caption, Marcia said it was a good thing to have a nice friendship with one’s ex. She further added that it was important for their peace of mind and the kids’ well-being.

Harden has made a good name for herself in the entertainment industry. While she has made a name for herself on screen, Marcia Gay Harden’s ex-husband has established himself behind the camera. Scheel has six credits in the art department, and some of the projects that he has been involved in are Little Bigfoot, Don’t Look Back, The Spitfire Grill, Houseguest, Street Corner Justice, and Skyscraper.

Thaddaeus has also worked in the location management department and as a director and cinematographer. In addition, he studied Graphic Design at The Art Institutes. Since November 2015, he has been the business owner of Slate House LLC. It is a real estate investment firm that focuses on apartment and mixed-use properties. Likewise, he has been serving as Producer/Director at Globox Media Group Inc. since April 1995.

Hence, Marcia’s ex-beau must have earned a considerable sum in his professional career. Therefore, he must be doing well, and Thaddaeus Scheel’s net worth must be significant. On the other hand, Harden has a fortune worth $16 million.

Who Is Thaddaeus’ Current Partner?

It has already been a decade since the former pair split, and both have moved on. Marcia Gay Harden’s ex-husband is currently with Krista Tucker. The duo often share adorable pictures of one another and pour their feelings. As per his Facebook description, he has been in a relationship since August 6, 2012.

On the other hand, it is unknown whether Marcia is single or seeing someone. All in all, Thaddaeus seems to be doing well. We hope his relationship lasts a lifetime. We wish him a life full of happiness and bliss.