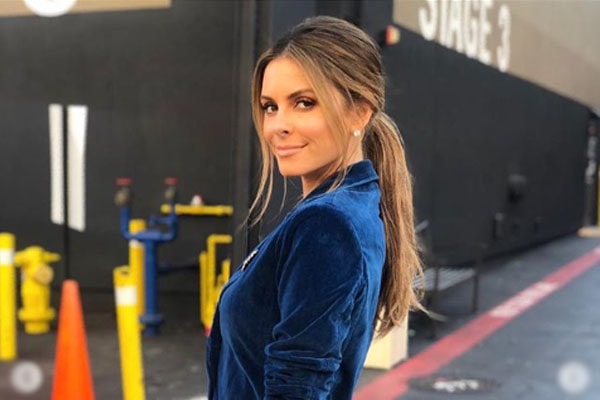 On the 6th of October, the gorgeous Maria Menounos got married to her longtime love Keven Undergaro in Akovos, Greece. Well, eventually they tied the knots on New Year’s Eve did a grand wedding later on.  And now Maria is married, she has already started planning for babies.

The thing is, the 40-year-old American actress Maria Menounos is considering surrogacy for her first child. Let’s find out the reasons why:

Many people may be unaware of this but in 2017 Maria Menounos had gone through a seven-hour surgery where the doctors removed a golf-ball-sized brain tumour. The operation was a success and 99.9% of a tumour was removed. But there was a 6 to 7% chance that it could come back. She has consulted with the doctors regarding whether or not if getting pregnant is the smartest thing to do.

During an interview, Maria stated that she has got some kids in the freezer if they decided to implant or else they will look into surrogacy. And as far as it goes, her husband Keven Undergaro is leaning toward surrogacy. Like many married couples out there, Maria and Keven desperately want a baby, but Keven doesn’t want it at the risk of his wife Maria’s health.

Despite the fact, Keven Undegaro’s wife Maria Menounos wants to experience the pregnancy she has to wait for a while to do so. Let’s hope everything will turn out the way Maria desires and hear the good news about Maria Menounos’ baby soon. Maria is also a good friend of Chrissy Teigen and John Legend who have two children named Miles Theodore Stephens and Luna Simone Stephens.

When the TV host Maria uploaded a photo of her grand wedding, we have to admit one thing though, many people were left shocked. She had captioned one of a photo “Truly a magical fairytale,” well it seemed much more than that.

Along with the photos, Maria thanked all the people who made her wedding such magnificent.