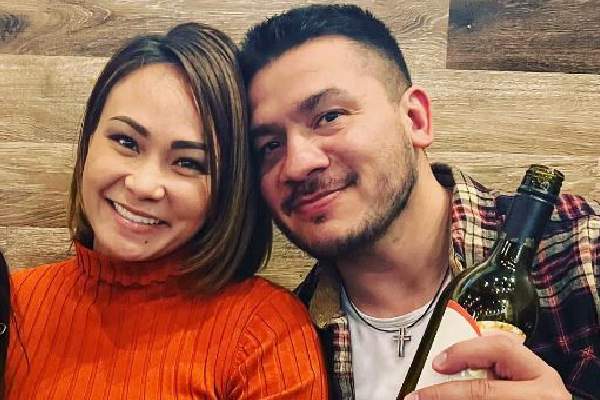 If you are an avid UFC fan, then you know about the Karate Hottie Michelle Waterson. She is a fighter whose name will go down as one of the finest fighters in MMA. But this article isn’t about Waterson; it’s about her spouse, Joshua Gomez, who succeeded in bagging the ultimate beauty of the Ultimate Fighting Championship.

If your curiosity about the fighter’s husband led you here, then keep reading until the end to find out about Michelle Waterson’s beau. This article will unveil everything related to Joshua Gomez, including his career, family, and more.

Who Is Joshua Gomez?

Despite being in the UFC field for over a decade, the karate hottie Michelle Waterson is still encaptivating viewers’ attention like no other. But who is that lucky guy who captivated Waterson’s heart and left her fans heartbroken? The guy who is envied by millions is Joshua Gomez, a former U.S. Armed Forces amateur boxing champion. We all know very well about Michelle and her career. But not much about her husband. So let’s dive into the details about the former boxer and his enticingly dangerous wife’s love story.

Waterson’s MMA debut was on February 16, 2007. Before her debut, she worked part-time as a model. But her interest in Gymnastics and karate from an early age pushed her to pursue an MMA career. Thanks to that, Michelle met her dream boy because of her involvement in MMA. Considering the fact that Gomez, too, is a boxer, it makes you think combat sports brought them together. But it is not the case. In fact, the duo was completely unaware of each other’s profession when they first met. The exact details regarding how the couple’s love bloomed over time are undisclosed, but their bond was quite strong and remains so to this day.

On September 16, 2010, Michelle announced to the media that she was three months pregnant. The couple welcomed their first child on March 18, 2011. They welcomed a beautiful baby girl who was named Araya Gomez. In 2012, they tied the knot in a private ceremony at Hacienda Vargas Hotel, Algodones. The pair has been married for over a decade and is stronger than ever. In an interview, Michelle expressed relief at finding a partner who fights. It benefitted her as Joshua understands the stress of being a fighter and helps her whenever needed.

Joshua is very supportive of his wife and can be seen nearby in the cage watching his wife fight. From his Instagram, we can tell that Gomez is a good father and an affectionate husband. It seems like the former boxer is into the house business these days. We can see the videos of the progress going on at the construction site on his Instagram page. We wish Gomez all the best for his future endeavors and the couple a lifetime of happiness together.

Just The Three Of US

After almost two years of inactivity, Michelle returned to the cage to face Diana Rael. However, even years after the birth of their first daughter, the couple has not welcomed another child yet. Their daughter is now grown to be a lovely young lady, and baby mama Michelle doesn’t shy away from boasting about her beautiful daughter. So does her husband, as we can see Joshua’s social media filled with love and appreciation for two influential women in his life.

Michelle and Joshua look very content and happy in their life. And just by looking at them, we can feel the astronomical amount of love and happiness through the screen. Michelle is still active, and her last bout was against Amanda Lemos on July 16, 2022. Unfortunately, she lost the bout via submission, making her Pro-MMA record 18-10-0. We look forward to seeing Waterson in the cage again.