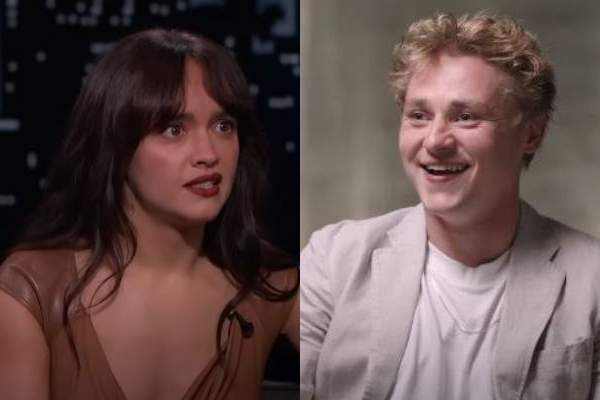 Olivia Cooke, born Olivia Kate Cooke, is an actress from England. She is popular for several of her roles, including Emma Decody in Bates Motel, Becky Sharp in Vanity Fair, and others. She has acted in several other films and series, which helped her gain more fame. In addition, she plays Alicent Hightower in House of the Dragon, which has increased her popularity.

Talking about her personal life, Olivia was in a relationship with Ben Hardy, and fans adored their bonding. However, the couple reportedly split up during the lockdown. So, what was the reason behind their break up? Hence, in this article, let’s find out about Ben and Olivia Cooke’s relationship details.

Found Romance On The Set Of A Movie

It had been reported that Ben and Olivia found love on the set of their 2020 movie Pixie. Ben played Peter Beale, and Olivia played Pixie O’Brien in the comedy thriller. Their relationship blossomed on the set, and the pair were spotted several times showing PDA.

In February 2020, the couple was seen being cozy on a romantic stroll in London. The duo held hands and linked arms while admiring views over the city. Likewise, on the Oscars 2019 red carpet, Olivia Cooke’s beau was seen rubbing shoulders with her.

Similarly, in March 2020, the duo was spotted sharing a sweet smooch during a sunny stroll in Primrose Hill. Olivia Cooke’s then-boyfriend donned a cream striped jumper, layering with a slouchy shirt and teamed with a pair of black trousers. On the other hand, the actress looked stylish in cream jeans with a knitted navy jumper. She further added chic touch with a cream overcoat.

Another time the paparazzi were able to spot the duo was in April 2020, when they were out to pick up some shopping together. Ben Hardy’s then-girlfriend wore a colorful Topshop vest top along with the 70s flared jeans and trainers, while he wore a cream shirt over a white T-shirt and paired it with petrol blue cargo pants.

The smitten couple held hands, and they looked good together. However, despite the duo being spotted together several times, neither of them confirmed their relationship publicly. As the pair remained notoriously quiet about their personal life, they kept their love life under wraps.

The Couple Ended Their Relationship

Fans loved the new chemistry between Ben and Olivia both in film and in real life. However, the pair’s bonding could not stand the test of time. Soon after the lockdown began, the duo went their separate ways. According to a source, the lovebirds were smitten to start with, but the intensity soon fizzled out.

It further added that the film stars were at pivotal points in their acting careers and couldn’t make their relationship work. It must have been difficult for the former duo to end their beautiful relationship. But as they say, life is not predictable, we sometimes do not get what we wish for. Let’s hope the ex-couple was able to put things behind them and have a good relationship.

Also Read: Know If Emma D’Arcy Is Dating Anyone

Has Olivia Cooke’s Ex-Boyfriend Moved On?

As mentioned earlier, Olivia and Ben dated for several months before the lockdown began. The former couple looked beautiful together, and it was heart-wrenching to know about their breakup. But life moves on no matter what.

In December 2021, Olivia Cooke’s ex-boyfriend confirmed dating Eastenders co-star Jessica Plummer. They were seen sharing a passionate kiss. As per The Sun, the couple grew close in the summer after hitting off while filming The Girl Before, a BBC drama. They also did a Q&A session in February 2022, where they asked five questions to each other.

The lovebirds were also pictured near London’s Soho House. The duo held each other closely while locking eyes. Steamy right? Likewise, on December 19, 2021, the duo attended the screening of their new series. In the summer, too, they were together at Jade Bird‘s London gig. Despite being pictured, the duo has kept mum about their relationship.

On the other hand, Ben Hardy’s ex-girlfriend has kept quiet about her love life. So it is not known if she is single. But let’s hope Olivia talks more about her romantic life in the coming days. Also, hopefully, Ben and Jessica’s relationship lasts for a long time.