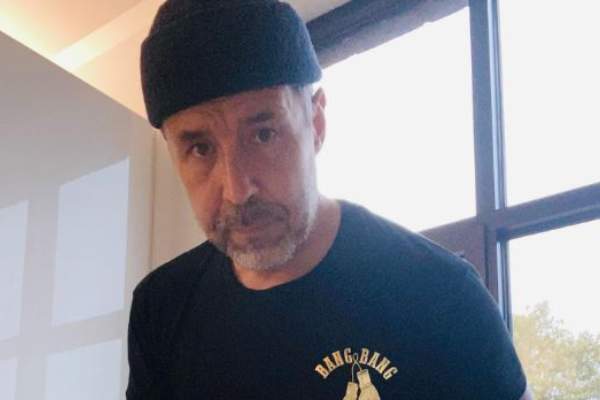 Patrick George Considine, widely recognized as Paddy Considine, is an actor, director, and screenwriter from England. The two times British Academy Film Awards recipient frequently collaborates with Shane Meadows. He has worked on several projects and has recently appeared as King Viserys Targaryen in House of The Dragon.

With the growing popularity of the actor, many are curious to know about his personal details. He is a married man with three kids. Not many know, but Paddy Considine’s wife, Shelley Considine, used to be an actress. So, what is she doing these days? Let’s get to know more about her.

Met In Their Late Teens

As mentioned earlier, Shelley Insley is Paddy Considine’s spouse. The duo met for the first time in their late teens. At that time, Paddy started attending an evening drama course at Burton College. He made a connection with Shane Meadows instantly and went on to form a band named She Talks to Angels.

Right after the first meet, the couple hit it off instantly. But life had different plans before the duo decided to be together for the rest of their lives. For instance, Shelley Considine’s beau dropped out in his sophomore year. On the other hand, she was studying graphic design in Buckinghamshire. As a result, the pair could not see each other that much.

Then, in 2002, the lovebirds exchanged their wedding vows. Ever since, the husband and wife have been enjoying their marital bliss. Likewise, in all these years of being together, the duo has welcomed three children.

Paddy Considine’s Wife Is A Doting Mother Of Three

As mentioned earlier, since 2002, Paddy and Shelley have been enjoying their conjugal bliss. Paddy Considine’s wife gave birth to their eldest son, Joseph Considine, in September 2003. Their baby boy has now become a musician and goes by the name Joseph Hooligan. In August 2020, Shelley Considine’s husband shared on his Instagram that their kid was off to study music at BIMM Birmingham.

Likewise, in 2005, Shelley was five months pregnant with their second child. However, it is not known when the baby was born. Similarly, the couple has not revealed much about their third kid. However, going through Mr. Considine’s IG, he has a son and a daughter besides Joseph. In June 2020, he and his second baby boy attended Glastonbury Festival.

Besides that, not much has been divulged about the little ones. It is not that common that Mr. and Mrs. Considine share about their babies. But let’s hope they do in the coming days.

Did you know Shelly and Paddy Considine’s children did not know what he did for a living for several years? They thought their daddy worked in a band. It was somewhat true, as he was also involved in a band but did not make much money. As they grew up, the kids learned about their father’s profession.

Also Read: Find Out The Breakup Reason Between Olivia Cooke And Ben Hardy

Gushes About His Wife A Lot

It has already been over a decade since Paddy and his wife walked down the aisle and over two decades since the duo met. Yet, after all these years of togetherness, the pair’s love and support for one another have remained the same. Furthermore, Shelley Considine’s husband adores her a lot, and he even has her name tattooed on his forearm.

The actor does not hold back from talking about her in interviews. For the past 20 years, she was there with him with no other intentions. He gushed that she is a wonderful woman to be with, and he feels extremely fortunate to have met her. Even when he struggled to find motivation and hope to do basic tasks after getting a minor Asperger’s disorder, Paddy Considine’s spouse was there to provide him with endless love and support.

If it had not been for Shelley, Paddy might never have been diagnosed with the disease in 2011. She did all the homework and was quite sure that he had a lot of its symptoms. So Shelley suggested seeing a specialist, and he was diagnosed with it. However, it did not bring relief as his condition did not improve.

So the House of the Dragon star went to see a Harley street psychologist, who confirmed he was suffering from a severe case of Irlen Syndrome. No matter what, Paddy’s spouse has remained by his side, providing immense support for him. She even gifted him a guitar as a Christman present in his late twenties, which helped him continue his music career. The love and never-ending affection have kept the couple’s marriage intact.

Paddy is known for keeping his personal life notoriously private. He does not reveal much about his personal details. Similarly, Paddy Considine’s wife is also a secretive person. She has kept her Instagram private, and there’s not much information about what she does. But, as per Creeto, she was an actress but left the profession to focus on motherhood.

Nevertheless, let’s hope Mrs. Considine comes at ease to talk more about her personal details in the media. She must be doing well, and we wish her a well future. Likewise, we hope the couple’s marriage lasts a lifetime.