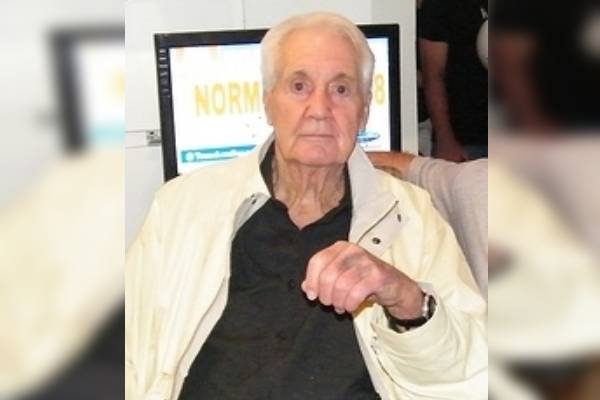 Kathy Jacobs rose to fame because of her association with the late sportscaster Pat Summerall. Image Source: Wikimedia Commons.

Recognized best as the voice of the NFL, George Allen “Pat” Summerall is a name that needs no introduction. An excellent football player and television sportscaster, Pat Summerall dominated the broadcasting industry. He worked for networks such as CBS, Fox, and ESPN. We can all agree that no one has had as much impact on the sports industry as the late sportscaster.

Despite his success on-air, Summerall struggled with alcoholism off the air. Still, the television broadcaster was able to overcome his challenges and live a happy life until his death, thanks to the support of his friends and family. Among all, his ex-wife was the one who provided him with the most support and assisted him in overcoming his difficulties.

However, once Pat sobered up, he realized that he was dissatisfied with his marriage. Following this, he ended his relationship with his former partner. Consequently, the public knows little about Pat Summerall’s ex-wife, Kathy Jacobs.

So, in this article, we’ll learn about the late celebrity wife. Let us also find out what her children are up to now.

When Pat Summerall returned to Lake City following his 1954-55 season with the Chicago Cardinals, he began dating Kathy Jacobs. Jacobs was four years younger than the athlete at the time, and she was in her senior year of college when the ex-couple first met.

Pat Summerall’s ex-wife was unlike any other woman the late broadcaster had dated in the past. In his book, Summerall: On and Off the Air, Pat penned that his former partner was a very grounded and religious person, which he found most appealing about her. The former pair dated for a while and even worked together at a girl scout camp, where they grew closer.

Eventually, the two decided that they were finally ready to settle down in Lake City for good. However, the former athlete was not in a hurry to walk down the aisle. On the other hand, Kathy’s father, Gertrude Bourne Jacobs, had other plans and wanted them to marry as soon as possible.

So, Kathy and Pat married on July 5, 1955. They then purchased an apartment at the Piccadilly Hotel, and Pat resumed his football career. Unfortunately, their relationship deteriorated over the years, and after 35 years of togetherness, the couple divorced on October 2, 1995.

Also Read: Find Out If Justin Theroux And Selena Gomez Ever Dated

Kathy and Pat’s daughter, Susie Wiles, is a Republican political consultant in Florida. She was involved in Republican Party politics since 1979 when she worked for former Representative Jack Kemp. After a few years, Wiles left the Reagan administration to consult for several political campaigns and work on the staff of the city of Jacksonville.

Susie then served as Florida co-chair of Donald Trump‘s 2016 presidential campaign in 2015. Additionally, she is enjoying her marriage to her husband, Lanny Wiles. The Florida native is also a mother to Katie Wiles and Caroline Wiles.

Pat Summerall’s youngest son, Kyle, appears to be a private person and tends to stay away from the media. He did, however, attend and speak about his late father during his memorial service. Moreover, the youngest of Summerall’s kids enjoys a blissful life with his wife Dana Summerall and children.

Kathy’s other son, Jay, is an entrepreneur and payments investor. As per his Twitter bio, the celebrity son was a former CEO of Cardsmith and now a part of Blackboard. He currently lives in Pennsylvania with his wife Kathy Summerall and children.

All of Kathy Jacobs’ children have grown up into responsible adults and live successful lifestyles. So, let us wish them the best of luck in the future and hope that their happiness grows with time.

Kathy preferred to live her life away from the spotlight after her divorce from the former ESPN sportscaster. So, unsurprisingly, the public did not learn much about the celebrity wife until the news of death made headlines.

After losing her battle to abdominal cancer, Pat Summerall’s former spouse passed away on December 8, 2005. Although Kathy wanted to survive cancer, the doctors told her that her chances were very low. Understandably, the details surrounding her death have been kept hidden from the media.

Still, Jacobs’ kids must have been saddened by her death. So, let us wish Kathy’s kids well and hope that their wounds have healed with time.

Kathy Jacobs was born on May 17, 1934, in Plainwell, Michigan, to Gertrude Bourne Jacobs and Jesse Elliott. Kathy was raised in a loving environment alongside siblings Agnes Herrell and William E. Jacobs. Kathy’s father served as a colonel in the United States Army, which resulted in her attending schools in various cities throughout her childhood.

Kathy had a laid-back personality and enjoyed being able to give back to the community. Pat Summerall’s ex-wife was also involved in Girl Scouts and served as a camp counselor for many years.

Additionally, she was a member of Sawgrass Chapel and Bethel Tabernacle Church in St. Augustine. Kathy was also a member of the National Society of the Daughters of the American Revolution as well as the Junior League and Delta Delta Delta Sorority.

Above all, Summerall’s ex-spouse was a loving mother and grandmother. So, her death must have saddened many people. Nonetheless, she was blessed with happy days and caring family and friends who supported her through her difficult times while she was alive.

Let us hope that her family and friends will continue her generous work and keep her memory alive through it.