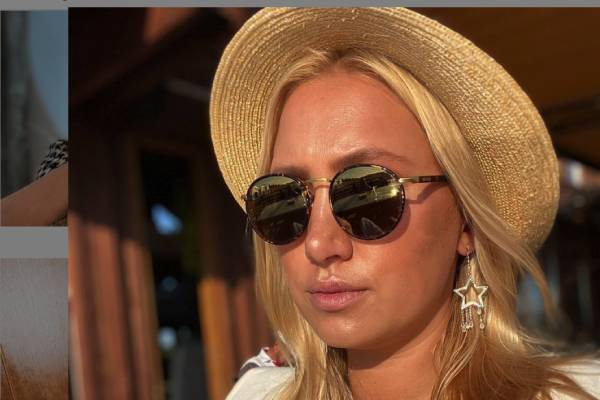 Alina Khasanova has gained immense fame as the lovely wife of former Russian professional ice hockey player Pavel Bure. Pavel, who is famous by the nickname “the Russian Rocket,” played in the NHL for several teams like the Vancouver Canucks, Florida Panthers, and the New York Rangers.

The fame that Alina’s husband has gained has also made her a topic of interest in the hockey world. Naturally, the fans are curious to learn about Pavel Bure’s wife, Alina Khasanova, and their marital life. So, let’s take a look at who Alina is and what she is doing now.

As mentioned earlier, Pavel Bure shares a blissful marital life with Alina Khasanova. The duo had known each other for four years before tying the knot on October 10, 2009. However, according to the Russian site Pravda, the couple officially married on October 10, 2008. Reportedly, over 300 guests had attended their marriage party, held at a Moscow restaurant.

The pair seems to be madly in love with each other. Furthermore, they often gush about each other on Instagram and in interviews.

In addition, Alina is Pavel Bure’s second wife. Before her, Alina Khasanova’s husband, Pavel, was married to an American fashion model, Jayme Bohn, in 1991. The ex-couple had tied the knot in a civil ceremony, which was apparently a set up marriage as a preventive measure against deportation. However, the marriage was dissolved in 1992.

Is The Doting Mother Of Three

As of 2021, it has been 12 years since the lovely couple of Pavel and Alina Bure tied the knot. In their more than a decade of togetherness, the love birds became the doting parents of three kids, a son and two daughters. Alina Khasanova and Pavel Bure’s son, Pavel Bure Jr., was born on April 23, 2013.

Pavel Bure’s spouse, Alina, is a great mom, and she takes care of her kids well. The doting parents often upload several pictures of their kids. Furthermore, they have even made respective Instagram accounts of their kids.

Pavel Bure’s Wife Is An Author

Several sites suggest that Pavel Bure’s spouse, Alina Khasanova is a model. Furthermore, according to davidgarlandjones, she attended the University GV Plekhanov at the Department of International Economic Relations. Plus, she and her twin sister, Liana Khasanova, were engaged in an art school. However, there has been no concrete proof regarding the aforementioned pieces of information.

On the other hand, Pavel Bure’s partner’s Instagram description suggests that she is an author. However, what she has written and published to date is a mystery. Nonetheless, she might be doing great in her profession and might be earning significantly. As for her husband, Pavel Bure has amassed a fortune of $70 million from his ice hockey career.

Going through her Instagram, we can see that Alina is enjoying her life to the fullest. Khasanova, along with her family, loves to visit new places and is a big world traveler. She has shared several pictures of her and her children visiting numerous countries. So, it is safe to say, Alina enjoys a lavish lifestyle.

We wish the Bure family remains happy forever and hope to know more about Pavel Bure’s wife, Alina Khasanova, in the coming days.