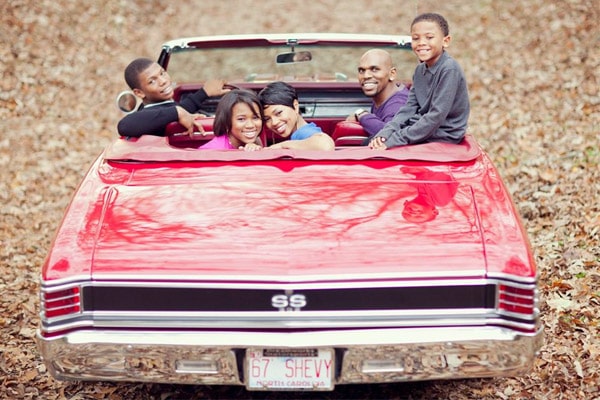 Two-time NBA All-Star shooting guard Jerry Stackhouse is a known face to the basketball fans around the globe. Jerry is a married man since 2000 with Ramirra Marks, aka Ramirra Stackhouse. The American basketball coach Jerry along with his wife Ramirra, are parents of three children; Jaye Stackhouse, Alexis Stackhouse, and Antonio Stackhouse.

Many people gain stardom after being linked with a celebrity, and Ramirra is one of them. She is popular among people for being Jerry Stackhouse’s wife. Gorgeous Ramirra sure is under the radar, but she is over the head of most of the people around her living area as a fitness instructor.

Here, dig in to be more familiar with the fabulous wife of Jerry and a mother of three, Ramirra Stackhouse.

Jerry Stackhouse’s wife, Ramirra Stackhouse is a ZIN™ member since Jun 2016. She is also A Mixxed Fit, and Trap Pilates certified. She loves creating original, fun, & sexy dance fitness routines in her own style of choreography to the music she loves. The former gymnast, Ramirra, empowers women to forget the everyday stresses, embrace their beauty, and be sassy during her Zumba Class.

Ramirra is active in social media. She often shares dance videos, Zumba class schedules, along with pictures of her family on her Instagram, Facebook, and Twitter pages. She also has a YouTube Channel with the name “Make it Sexy with Mirra J.” where she uploads fitness videos.

Jerry Stackhouse’s Wife Is Married To Him Since 2000

Although the wedding ceremony was small, Jerry and Ramirra held a bigger reception. But the couple had not shared where the reception happened. This year the marital bond of the Stackhouse couple crossed two decades, and they love each other as much as they used to during their first year of tieing the knot.

The happy couple of Jerry and Ramirra have three children; two sons, Jaye and Antonio, and a daughter Alexis Stackhouse. Their son Jaye is walking in his father’s footsteps in the sports. The basketball coach’s little boy, Jaye, is a former football as well as a basketball player for the Bulldogs. Currently, Jaye plays football at his pop’s alma mater, the University of North Carolina.

Talking about the daughter of Ramirra and Jerry, Alexis is a very creative girl. Jerry’s little girl Alexis recently published an article in PopSugar in which she mentioned how her father Jerry’s NBA career helped to shape her during her growth. She is an athlete at Syracuse University. Furthermore, Alexa is one of the CUSE Scholar Award winners of 2019.

Furthermore, Alexis enjoys making short movies too. With the help of Nicki Gross, Bella Stackhouse, Jalen Heyward, and Angelo Sanders, she released her short film “Home Blend” on 12th July 2020. You can see the multi-talented Ramirra starring along with Jerry in her short movie, which was released on Alexis’ YouTube Channel.

As for Stackhouse’s youngest son, Antonio, he is also an athlete like his dad and siblings.

Jerry, his wife, and children are living a lavish and a content life at Suwanee, GA. The Stackhouse couple, Jerry Stackhouse and Ramirra Stackhouse, are very content with their marital life.