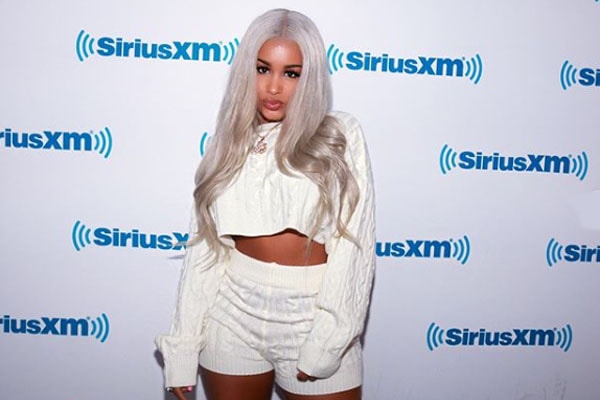 Net Worth and Earnings of Dream Doll

The Rapper Dream Doll‘s Net worth is estimated to be $400,000. Dream earned her net worth from her profession as a rapper and now a reality TV star.

It hasn’t been a long time for rapper Dream Doll in the music industry. She released her debut mixtape “Life in Plastic” just last year in 2017. Similar to Cardi B, who has a Net worth of $8 million, Dream is also from the Bronx.

Dream Doll started her career as a bartender in a strip club.

Dream Doll’s Net Worth and Earnings

The “Everything Nice” rapper Dream Doll’s net worth is estimated to be $400,000. She amassed her riches from her different endeavors like being a reality TV star and a rapper. Dream Doll is in the eighth season of Love & Hip Hop: New York as a supporting cast. She has also done multiple expensive plastic surgeries.

The salary of the LHHNY cast is not been revealed to the public eyes yet, but looking at Dream’s fame she must take home a five-figure sum cheque at the end of every episode. Before coming into LHHNY, Dream Doll was in the sixteenth season of Bad Girls Club, an American TV series. We are sure Dream must have taken home a huge sum of money from that show too.

As mentioned earlier, rapper Dream Doll hasn’t been in the industry for that long but has quite made a name for herself. You can buy her albums Life in Plastic and Life in Plastic 2 in any given online store. Plus since Tabatha Robinson aka Dream Doll is now a star she performs in different events and people pay a good sum of money for that.

Dream Doll uploads her music on her youtube channel “DreamDoll” which has got over 25K subscribers. According to Social Blade, Dream Doll’s channel generates a maximum estimated earning of $10.5K annually. At times ‘WORLDSTARHIPHOP’ also uploads her music videos.

In such a short period of time, both fame and Net worth of Dream Doll rose exponentially.