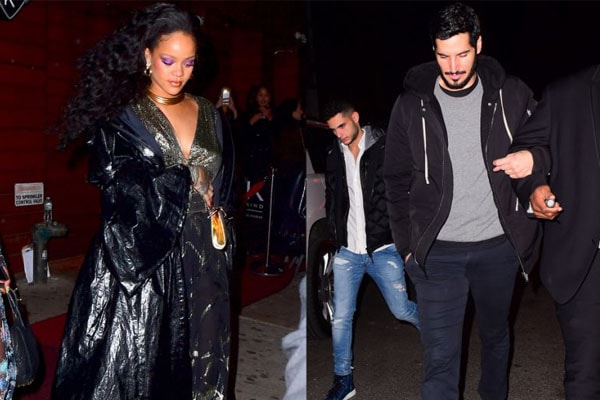 The R&B queen Rihanna was rumored to be in a relationship with Saudi Arabian businessman Hassan Jameel back in December 2016. Rumors about her dating a new man shocked the world. Yes, that was two years ago on New Year’s eve when bad gal RiRi posted a video on Instagram holding hands with a tall mystery man in London.

The mystery man was no longer mysterious when they publicly appeared in the coffee run in Spain back in June 2017. The public quickly unraveled the mystery man as Hassan Jameel.

Although the news about the split between the Carribean Queen Rihanna and her Saudi Arabian boyfriend, Hassan Jameel took the internet by storm, it seems like they are still together. The news of them meeting each other in different places was reported time and again ever since they began dating. According to the recent report posted by ELLE, the couple was spotted having romantic dinner at a Malibu restaurant a few days before Christmas in 2018.

We can assume that RiRi is having the best moments with her boyfriend, Hassan Jameel. Despite the tight schedule that both of them are tied with, they manage to spare some time to be with each others company once in a while. Our bad gal RiRi does not like to reveal about her dating life in social media. Rihanna’s boyfriend Hassan is so fortunate to get such a lovely and sassy girlfriend.

The gorgeous singer Rihanna and her boyfriend Hassan had been spotted spending their vacation together in Paris and Mexico in the previous year. She once mentioned that she had never met someone worth her time before. We are sure that she is so in love with her sweetheart Hassan.

The Umbrella singer Rihanna’s relationship has always been a hot topic among the fans and critics. Rihanna had previously hooked up with numerous guys. Her relationship with Chris Brown is the most popular till date. Many people may not know this but Chris Brown has got a sister named Lytrell Bundy aka Tootie. The former couple dated back in 2007 but their relationship had a bad ending as Chris Brown turned out to be abusive to Rihanna. The black diva Rihanna has also dated Drake, Leonardo DiCaprio, Travis Scott to name a few.