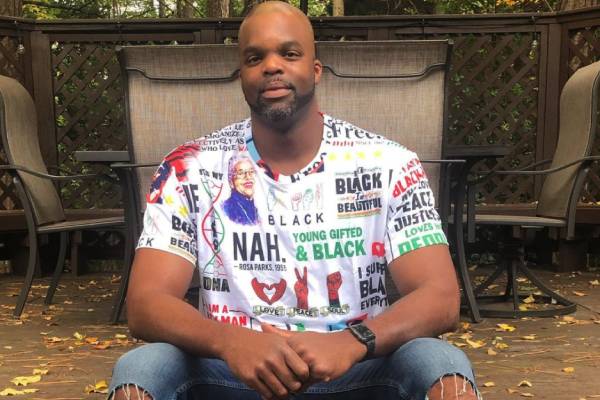 Shelden Williams is the former husband of famous NBA player Candace Parker. His ex-wife, Candace, currently plays for the Chicago Sky of the Women’s National Basketball Association and is considered one of the successful WNBA players of all time.

Today, we shall learn in detail about Candace Parker’s husband, Shelden Williams, and what went wrong between them.

Were Married For A Brief Time

As stated earlier, Shelden Williams shared a marital life with Candace Parker. The couple met when Candace was on a recruiting trip to Duke. They did not hit off right there and did not even interact much during the visit. But the pair met again and built a relationship while Shelden and Candace were playing for the Atlanta Hawks and Knoxville, respectively.

After dating for a while, the former love birds tied the knot on November 13, 2008. The couple loved each other deeply and often gushed about one another in the media.

Sadly, the duo’s happy days could not last long, and their marital life came to an end when Candace Parker’s ex-husband, Shelden, filed for a divorce citing irreconcilable differences in November 2016.

What Went Wrong Between Shelden Williams And Candace Parker

Aforementioned, Shelden Williams and Candace Parker’s relationship came to an end in 2016 after 8 years of marriage. The ex-pair had separated in August 2016 and Williams asked for the official end of their marriage three months later.

According to TMZ, Candace Parker’s ex-husband, Shelden, asked for joint custody of their daughter, Lailaa Nicole Williams, and spousal support along with attorney fees. Their divorce was finalized two years later, in April 2018, and according to the documents, the WNBA player had to pay $400,000 to Shelden as an alimony payment.

Moreover, the ex-pair decided on joint and legal physical custody without any child support. In addition, they agreed to equally split any significant costs that are associated with their daughter’s care and fund her education. Plus, Candace and Shelden also divided the profits that they gained after selling their former home in Encino, CA, for $3.75 million.

The estranged couple seems to be doing great and has moved on in their respective lives. Candace has already married and is expecting her first child with her wife of two years, Anna Petrakova. Parker surprised her fans with the news of Anna’s pregnancy but stated that her eldest kid, Lailaa is very excited to become a big sister.

On the other hand, whether Shelden Williams has found his perfect partner is unclear. But we hope he too finds love again and gets to enjoy his life with a loving partner.

Shares A Daughter With His Ex-Wife

Shelden Williams was married to Candace Parker for eight years. In their less than a decade of togetherness, the estranged couple became the doting parents of a daughter. Few months after their marriage on May 13, 2009, Shelden Williams’s former wife gave birth to their only child, Lailaa Nicole Williams.

As the couple’s only kid, Shelden’s daughter, Lailaa, must be pampered a lot by her parents. Aforementioned, the divorced couple shared joint legal custody of their daughter. Thus, she must be spending equal time with her mom and dad.

Moreover, Shelden Williams’s daughter, Lailaa, joined the ownership team of the Angel City Football Club with her mom in October 2020. Serena Williams and her daughter, Alexis Olympia Ohanian Jr., and various other celebrities are also part of the ownership team.

Nevertheless, Shelden seems to have a great bond with his daughter and loves her so much. He often posts photos and even makes funny TikTok videos together with Lailaa.

Is A Basketball Player

Candace Parker’s ex-husband, Shelden Williams is a former professional basketball player who played college basketball at Duke University. He currently serves as an assistant coach for the College Park Skyhawks of the NBA G League.

Moreover, Shelden was a member of the Fellowship of Christian Athletes and the National Honor Society during high school. During his collegiate career at Duke University, he received many awards and accolades.

The Hawks selected Williams with the fifth pick in the 2006 NBA draft. Two years later, in February 2008, the Hawks traded him to the Sacramento Kings for Mike Bibby. The following year, in February, the Kings traded him and Bobby Brown to Minnesota Timberwolves for Rashad McCants and Calvin Booth.

Apart from NBA, he has also played for various European and Asian teams before retiring in 2015.

Is The Founder Of Shelden Williams Foundation

Candace’s ex-husband, Shelden Williams, is the founder of the Shelden Williams Foundation. Through the organization, he assists underserved student-athletes in their education, personal development, and physical health. Furthermore, he also provides support and resources with a focus on national and local initiatives.

Going through his Instagram, we can see that he also runs podcasts where he talks about basketball news and events. He has uploaded several of the episodes of the podcast, from which he might be earning significantly.

Nevertheless, both Candace Parker and Shelden Williams have moved on with their respective lives. We hope that both of them have a great career and life ahead.