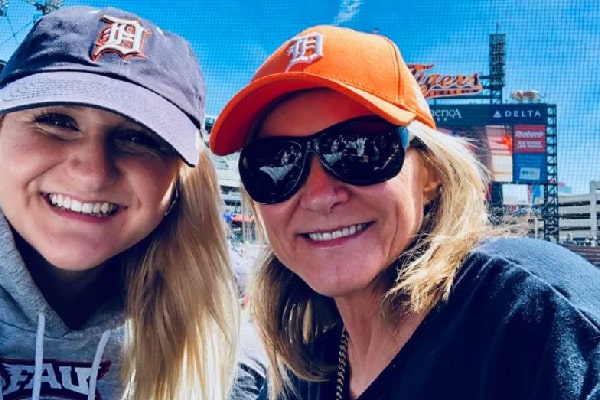 Stanley Alan Van Gundy is a talented basketball coach serving as the head coach for the New Orleans Pelicans. Previously, he coached for the Detroit Pistons and served as the basketball operations president for four years from 2018. Van Gundy also made history with the Orlando Magic, where he coached for five seasons and led the 2009 NBA Finals team.

There are several work-tales of the talented coach, but how much do we know of his gorgeous partner, Kim Van Gundy. Stan Van Gundy’s wife, Kim Van Gundy, deserves a spotlight of her own, and we are all about serving it today. Therefore, let’s dive into knowing Mrs. Van Gundy with whom he has made a massive purchase. To find out what the purchase was, stick until the end.

Well, like Stan Van Gundy, his wife is also talented and has some serious talent. She is nerdy and has been maintaining her privacy. However, we did find out a little about her accomplishments, including her degrees and charitable works.

The gorgeous wife of New Orleans’s coach, Kim, holds an undergraduate degree in education and English/Journalism from Castleton University in Vermont. Furthermore, she went on to earn an MSEd. In Higher Education Counseling from Fordham University in New York. After graduation, she worked professionally as a college admissions officer, a US Department of Education TRIO program counselor.

Stan Van Gundy’s wife, Kim Van Gundy, also worked as a community college Special Services Counselor. As a counselor, she was associated with several organizations. She also worked as an advisor to non-traditional, first-generation college and immigrant student populations as an adjunct faculty member.

Besides counseling works, Mrs. Van Gundy was involved in several volunteer activities, including serving as the Board of Directors of Foundation for Seminole County Public Schools, Take Stock in Children, etc. Well, presently, Mrs. Gundy resides in Florida along with her husband and four kids.

Stan Van Gundy and Kim Van Gundy’s love-story is an ancient tale that’s been alive since they were teens. According to Fabwags, the couple met back in 1983 at Castleton State College while Stan worked as a head coach and Kim was with the admissions.

There is nothing much on the couple’s relationship journey, but the couple spent five years growing professionally. After five years of courtship, the pair decided to share vows amidst friends and families on 28 May 1988. Mathematically, the couple has been together for 37 years together and are married for 32 years. A couple who agrees politically have greater chances of successful relationships and the Van Gundy couple is the perfect example.

My wife told me that for the second time someone stole our Biden campaign sign (yeah I bought 10 knowing my Republican neighbors would steal them). To all you “law and order” types — what lengths would it be OK for me to go to you when you come on my property to steal from me?

Throughout their marriage and courtship, the Van Gundy couple shared several bittersweet memories and ‘first big’ purchases. For instance, they bought a massive mansion worth $2.3 million in Deer Lake back in 2014. Well, the Van Gundy’s estate is in the market since February 2020.

Besides the big purchases, the couple also shares four incredibly talented and scholarly kids throughout their decades-long marriage.

Aforementioned, the Van Gundy couple share a long history, and their relationship story might even serve as a metaphor in the coming days. Also, along with the blissful marriage, Kim and Stan are proud parents of four kids.

Well, the family of six and eight fur animals sounds like a complete family. Therefore, despite being crunch on details on Kimberly Van Gundy, aka Kim Van Gundy’s life, we do feel the need to respect her privacy. Therefore, let’s wish to hear more of her in the future.