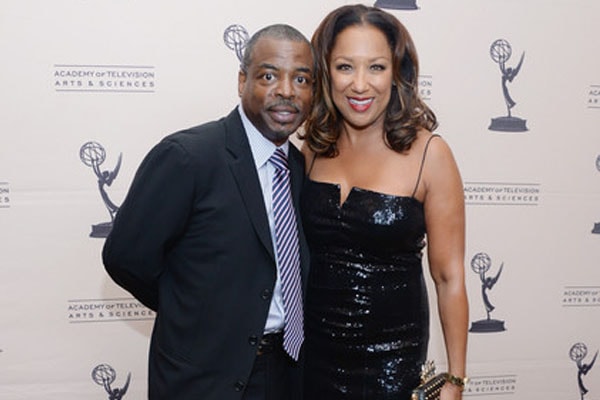 As stated earlier, many people only know Stephanie as the wife of LeVar Burton but what many people have got no idea about is that Stephanie is also a talented makeup artist. She won a Daytime Emmy Award for Outstanding Makeup in 2013 for “The Talk,“ an American talk show. Alongside that, she has been nominated for the Award a couple of times.

The funny thing is LeVar Burton and his wife Stephanie Cozart Burton first met one another on the sets of the series “The Roots” where she was doing his makeup. Stephanie has worked her magic in almost all the field, from TVs, movies, editorial, and wedding too. Her first show on TV was “Facts Of Life” where she worked as a second assistant. And then, later on, she was promoted to Department Head, now see where she is.

LeVar Burton’s wife Stephanie has done the makeup of many famous artists including George Clooney, Tracee Ellis Ross, Jenifer Lopez, Jim Carrey, and others. When asked what she loves about makeup, she replied that it is transformative. Her advice for the up-and-coming makeup artists is that they should attend workshops, and do what they like the most.

Besides daughter Michaela Jean Burton, Stephanie, and her husband LeVar Burton don’t have any children together.

Hangin with my kid at the DNC I WILL VOTE gala???? pic.twitter.com/yyLuTdbJZF

It’s been over 25 years of their marriage, and the pair is still so in love with one another. Before LeVar, Stephanie was the girlfriend of John Matuszak, former OakandRaider-turned-actor. Plus she also loves posting selfies of her on her social media account.