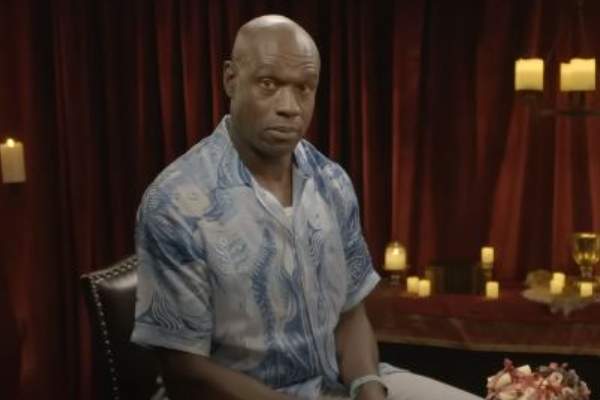 Steve Toussaint has not talked much about his love life. Image Source: Social Media.

Steve Toussaint is an actor and writer from England, United Kingdom. He mainly came into prominence as Corlys Velaryon in the HBO series House of The Dragon. Besides that, he has acted in several other movies and series, including Judge Dredd, Prince of Persia: The Sands of Time, Shooting Dogs, and others. He has gained immense fame and fortune in his professional career.

Because of the success that he has achieved in his acting career, Steve came into the limelight. However, even after being globally renowned, he seems to be preferring a low-key lifestyle. Many must be wondering about his love life. So, in today’s article, let’s know about his romantic relationship and find out who Steve Toussaint’s partner is.

Is Rumored To Be A Divorcé

As mentioned earlier, the House of The Dragon star prefers to live low-key. Due to this, he has not shared much of his personal details, including his love life, on social media. As a result, it has yet to be disclosed whether the actor is seeing someone.

However, several reports have claimed that Steve Toussaint is a divorcé. Well, it is yet to be verified if the rumor is true. He himself has not confirmed the news, and the source of the news also remains a mystery. Let’s hope the truth comes out soon.

Likewise, it has also been rumored that the popular actor is a doting dad of a child. But, just like his relationship details, it is not known who Steve Toussaint’s kid is.

Has Cute Running Jokes With His On-Screen Spouses

While his real partner remains a mystery, Steve has been linked with several actresses in movies or series. In addition, he has cute running jokes with many of his on-screen wives. For instance, in House of The Dragon, he portrays the role of Corlys Velaryon, and his on-screen wife is, Eve Best, portraying Rhaenys Targaryen. Steve shared a picture with Best and said he was at the #HOTD World Premiere with the “wife.”

The Birmingham native concluded the caption by saying think it went well. Likewise, he posted another picture of the actress sitting on the iron throne. He wrote that it should’ve been you baby, and addressed her as the Queen that never was.

Another time, the English actor posted a picture of one of his scenes with Eve and said there were the Sea Snake and the Queen that never was. Similarly, in Pine Gap, Steve Toussaint’s on-screen wife was Simone Kessell. Tweeting a photo of them together, the actor revealed that things were not great with “the wife” at the moment, but they were happy long ago.

Who Is Steve Toussaint’s Partner?

The House of The Dragon star is one of those Hollywood personalities who prefer to keep details of their personal life private. His social media does not hint much about his love life. As a result, information about Steve Toussaint’s partner is little to none. Well, anyone dating such a talented actor must be a lucky person.

Nevertheless, let’s hope Steve reveals more about his dating status in the coming days. Fans are curious to know who is the lucky lady. Also, whether the talk about him being divorced is true or not is yet to be seen. Nonetheless, we wish him more success and happiness in the coming days.