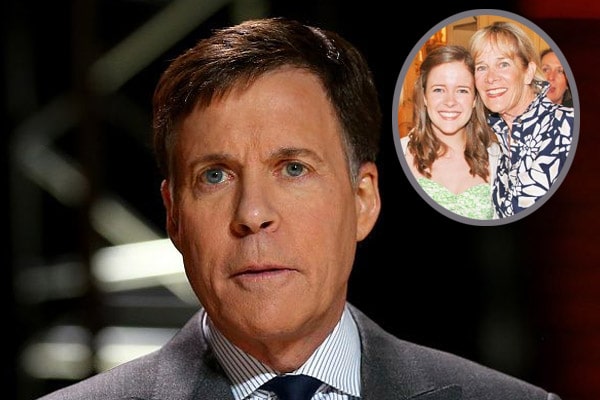 Bob Costas is one of the successful sportscasters of the American Broadcasting Industry. Costas is best known for his decades-long career in the National Broadcasting company (NBC) Sports. He served in NBC from the 1980s through 2019. The winner of several Emmy Awards, Bob, is currently serving as an MLB Network sports analyst.

Before marrying his current partner Jill Sutton, Bob Costas took the wedding vows with Carole Krummenacher in 1983. They eventually divorced after living together for eighteen years in 2001. According to Bob’s business manager, Bob and Carole’s divorce was amicable. The two are still close and visit each other occasionally.

One of the many reasons behind Carole and Bob’s closeness is their children together. While the former couple was together, they gave birth to their daughter, Taylor Costas, in 1989. Taylor is the youngest child of the estranged pair, Bob and Carole (also known with the name Randy Costas).

Before giving birth to Taylor, her parents welcomed their first child and Taylor’s brother, Keith Michael Kirby Costas, in 1986. Keith, her oldest brother, got his middle name after the legendary American baseball player Late Kirby Puckett. And Keith works in the same industry where their father is working for four decades. Taylor’s brother, Keith, is the two Sports Emmy Award winner for his service as an associate producer in MLB Network’s MLB Tonight.

After the divorce of Bob and his ex-wife, Carole, they shared the custody of their daughter and son. However, both Taylor and Keith are in their thirties in the present and doing great in their respective career paths.

Bob Costas’ daughter, Taylor Costas, seems to be following her father’s footsteps in the American Entertainment Industry. Like her brother, Keith, she is also flourishing her career in broadcasting. For Taylor’s work as an associate producer on NBC’s coverage of the 2012 Summer Olympics, she won a Sports Emmy.

Moreover, Taylor has also appeared in one of the episodes named ‘Goodbye Summer‘ of the comedy series The Brendan Leonard Show in 2003. Her father, Bob Costas, and brother, Keith, also appeared in the same episode alongside Cathy Leonard and Mike Leonard.

Besides assisting with NBC’s coverage in 2014 and appearing in the Brendan Leonard Show in 2003, Taylor’s other works are not known to the public yet. It seems like Bob Costas’ daughter does not prefer to be a part of media attention and paparazzi. She might be doing her job quietly, staying far from the reach of the press.

A Member Of NPH USA Family

The Secretive daughter of Bob Costas is one of the proud members of the NPH USA family. NPH USA is a non-profit organization in Chicago, Illinois. Its mission is dedicated to uplift the lives of orphaned, abandoned, and disadvantaged children in Latin America and the Caribbean.

In 2013, Taylor visited NPH’s fifth home, NPH Guatemala, which was opened in rented facilities in 1996. There, the daughter of Bob Costas met her godchild, Clemente, for the first time. Since then, she regularly writes letters to Clemente and visits him during her holidays.

Moreover, Taylor Costas not only supports Clemente for his education, food, and clothing, she also provides funds to NPH USA for improving the lives of other vulnerable kids living in its several shelter homes. Her parents might feel so proud of having such a good-hearted daughter.