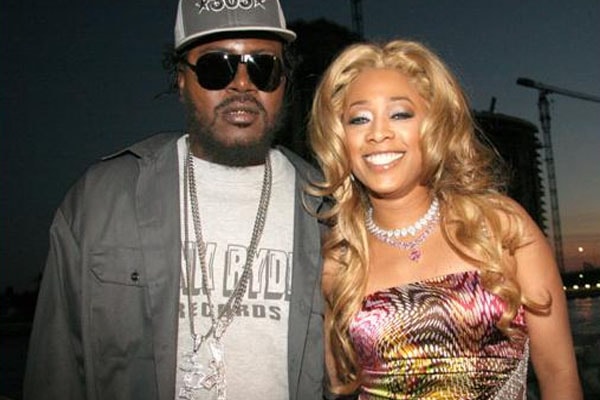 Trina and Trick Daddy signed up their TNT Project

The American rapper artists, Trina, and Trick Daddy are the long-time collaborators who write and raps rhymes. With the dispute going on between the Love & Hip Hop: Miami stars, Trina and Trick Daddy, it seems like their album will take time to drop.

The dynamic rap duo of Trick Daddy and Trina have worked together in many songs such as Paradise, Smooth Sailing; I Don’t need you. Both are an important part of the LHHMIA show.

Fallout Between The Miami Hip-Hop Rappers: Trick and Trina

The dynamic duo signed a deal for a “Trick and Trina” Collabo Album to bring TNT back to hit again. The Hip-Hop duo looks a bit uncertain about their new TNT project during the latest episode of Love and Hip Hop-Miami.

The Diamond Queen, Trina is mad at Trick for missing studio time. She emotionally claimed that Trick hasn’t been showing up in the studio to record and he was irresponsible. It seems the “Shut Up” rapper; Trick Daddy wasn’t making any effort in the group. Not only that, Trina walked off the stage from the show when Trick cut off in the mid-performance unreasonably.

The Baddest Chick, Trina feels his duo partner, Trick Daddy is holding her back from releasing her new song. People have suggested that Trick Daddy is still stuck in the past. Because he only wanted to come up off with them of old hits. It seemingly shows that he is refusing to release any new records. Amidst the feud, many fans are backing up Trina.

Relationship Between Trick Daddy And Trina

The Slip N’ Slide rapper, Trina was first acquainted with Miami rapper Trick Daddy while featuring on the song “Nann N····” in the year 1998. In the past, Trina had been in a romantic relationship with Trick Daddy from 1998 to 2002. But she couldn’t take his abusive attitudes towards her. She has stated that he was disrespectful. For the time being the gorgeous Trina is dating her boyfriend Raymond Taylor.

Trina has a net worth of $6 million and Trick Daddy’s net worth is estimated at $400,000. Even in the past when Trina and Trick Daddy were working together, it was reported that Trick Daddy and his entourage would use drugs. Since he used drugs, there is no doubt why Trina hesitated to continue working with him. The Rapper Queen claimed that Trick was not so cooperative with constructing songs and cut the music at the mid-performance of their show. It put their project to collapse and finally leading to their downfall as a duo.