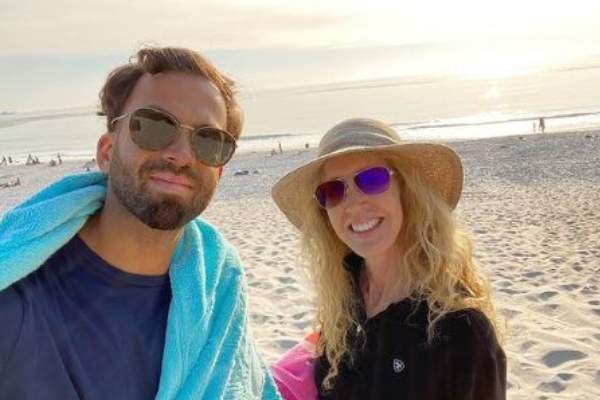 To business and basketball enthusiasts, the name Vivek Ranadivé needs no description. However, to those unaware of who he is, Ranadive is an Indian-American business executive, speaker, philanthropist, author, and engineer. The founder and former CEO of TIBCO Software is also a co-owner and chairman of the Sacramento Kings, the National Basketball Association (NBA) team.

While Ranadive has been enjoying a successful career for many years now, his personal, specifically his marriage, could not prosper. He was married to Deborah Addicott for two decades, but their marital life ended in a divorce. Many must be wondering what went wrong between the duo.

So, here we present this article about Vivek Ranadive’s ex-wife, including a bit of insight into their conjugal life.

Met On A Blind Date

In 1979, Deborah Addicott’s ex-husband graduated from MIT with a bachelor’s and master’s degree in electrical engineering. He then joined Ford as a manager and engineer. Later, he took a job offer from his former professor Irwin Jacobs after leaving Ford. As a result of his work, he moved to Solana Beach near Del Mar and instantly fell in love with the place.

There, the businessman met gorgeous Deborah on a blind date. They had gone to a Mexican restaurant in the San Diego area. After going out for some time, the former pair exchanged vows in 1979. For the Ranadive couple, the years that followed brought immense happiness and love.

In an interview, the businessman recalled that his then-spouse was a very sweet and gentle person. After staying in Southern California for two years, the former duo moved to the East Coast so that Vivek could attend Harvard Business School. After graduating in 1983, the ex-couple returned to an apartment in Menlo Park, California. Then, they formed a happy family of five.

Vivek Ranadive’s Ex-Wife Is A Proud Mother Of Three

Aforementioned, the former couple grew their small family from two to five by giving birth to three children. First, Vivek Ranadive’s son, Aneel Ranadive, was born on May 9, 1984. Then, on December 13, 1987, the former lovebirds’ second baby boy, Andre Ranadive, arrived.

Vivek Ranadive’s ex-wife gave birth to their only daughter, Anjali Ranadive, on September 15, 1992. Vivek and Deborah’s children have already grown up and are busy with their respective careers.

For instance, Deborah Addicott’s son, Aneel, is also a businessman like his dad. He is the owner and managing director of Soma Capital. Deborah’s second son, Andre, is in the US Army and has co-founded 3 Point Capital, LLC. On the other hand, her daughter is an R&B singer-songwriter and goes by the stage name “Nani.”

All in all, Deborah and her former husband must be proud of what their kids have achieved. We wish them blissful days ahead.

End Of Two Decades Of Togetherness

The family of five stayed together and lived an enjoyable life. While Deborah Addicott’s then-husband was focused on his business ventures, she raised kids. Unfortunately, their togetherness of two decades came to an end.

In June 1999, Vivek Ranadive’s former spouse filed for divorce. But the reason behind their separation still remains a mystery. It must have been difficult for the estranged pair. Following the divorce, Deborah and Vivek shared custody of their children, which left the businessman devasted. But, the pros of the shared custody were that he could make the most of his time with his kids.

Furthermore, the Ranadive couple’s eldest child was a teenager when they split. Addressing their divorce, Deborah’s son revealed that at that time, it seemed as though there were only cultural differences. He believed that his mom was more of a free spirit, while his father was the opposite, who tried to be really focused and have things a certain way. So, for Aneel, their divorce seemed understandable.

Deborah’s ex-beau called the divorce one of the most challenging phases of his life. In one interview, he revealed that he used to think working hard would get him whatever he wanted. He thought he’d done everything right but the divorce between them caught him off-guard.

Nonetheless, the former husband and wife have already moved on with their lives. Vivek is focused on his business ventures and does not seem to be seeing anyone at the moment. But, Deborah has remained away from the limelight, and very little is known about her.

What Is Deborah Doing These Days?

As mentioned earlier, Vivek Ranadive’s ex-spouse seems to be leading a low-key life following the divorce. She has a private Instagram with the username “@destinyprayranch” but is rarely active on social media. Still, she sometimes appears on her kids’ Instagram or Facebook.

Deborah’s eldest son once posted a video of them enjoying farm life, where she could be seen looking after a horse. So, she must be involved in farming and ranching. Also, she is the owner of Destiny Coyote Ranch, located in Aptos Valley. Moreover, when she met her ex-partner for the first time, Ms. Addicott was working as a nurse and lived with her grandmother.

All in all, Vivek Ranadive’s ex-wife seems to be doing well. We look forward to knowing more about her in the future. We wish her light and love in the forthcoming days.