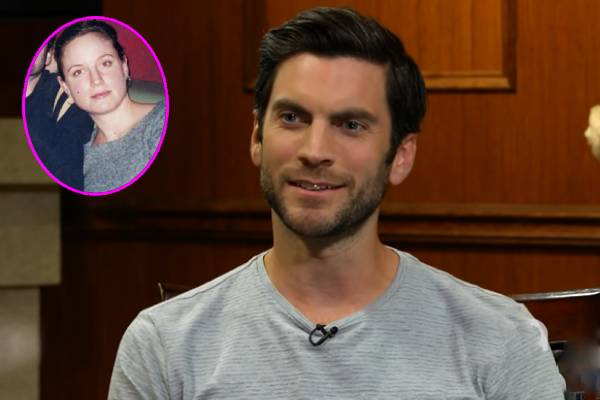 Those who have watched the American psychological black comedy-drama film American Beauty undoubtedly recognize Wes Bentley. He started his acting career in 1995 and has gained immense fame and name. The famous actor has starred in several hit movies including Yellowstone.

Now let’s talk about his personal life. Well, the Yellowstone actor shares a blissful marital life with his wife, Jacqui Swedberg. In addition to that, he has welcomed two adorable kids, Charles Bentley and Brooklyn Bentley, with his wife. But before Jacqui, he was married to Jennifer Quanz.

Thus today’s article is about Wes Bentley’s ex-wife and the reason behind the failure of the conjugal life.

Married For Almost A Decade

Jennifer Quanz and her ex-spouse, Wes Bentley, tied the knot on 25 September 2001. The former couple met at the actor’s group house two years before their marriage. They must have fallen for each other at first sight for them to decide on spending their life together within a short period of time. They made several public appearances and were a pretty famous celebrity couple.

At first, Bentley-Quanz’s bond looked solid. But after a few years as married pair, their love started to fall short. By 2006, the ex-pair were living separately and started the process of divorce. Finally, in 2009, the former duo ended their marriage legally. Although the ex-pair were together for nearly a decade, they didn’t welcome any children together.

Where Did It Go Wrong?

Jennifer Quanz’s ex-husband accomplished a huge success with the movie American Beauty. Her ex-spouse turned to drugs and alcohol to cope with the stardom that he was unprepared for. After a while, the addiction took over his life, and he battled it for several years.

By 2002, the Yellowstone star didn’t care about anything else but drugs. He would spend nights doing drugs and sleep until 5 pm. Not only that, but he would disappear from the home for several days. Thus, in 2006, the former pair started to live separately. The separation allowed him to do drugs full-time. Furthermore, Wes Bentley’s ex-wife was initially unaware of her husband’s addiction as the American Beuty actor hid the fact.

Years later, the actor opened up about his struggle in 2010 and shared his story with the media.

Jennifer must have suffered a lot as her husband hid his addiction. As a result, they ended their bond with unpleasant memories. Regardless, the actor is doing great both in her personal and professional life. But Hopefully, the former Mrs. Bentley’s life is also going smoothly.

Wes Bentley’s Ex-wife Too Has Some Acting Credits

According to IMDb, Jennifer Quanz is an actress with two credits. She came to prominence for being the wife of a famous actor. She is also famous for starring in movies and TV series. Moreover, she worked as Marci in the 2001 movie 21. The movie accumulated pretty good reviews. Apart from that, the actress has also worked in a TV series, Get Real.

Furthermore, the successful actor’s ex-wife hasn’t worked on any project or movie since early 2000. In addition, she prefers to live away from the public eye. Jennifer is also not active on any social media platforms. Additionally, it is not confirmed if the actress exchanged the wedding vows with anyone else after the divorce. Let’s hope. Like her ex-partner with his new wife Jacqui, she is also leading a happy family.

Nonetheless, Wes Bentley’s ex-wife must be living comfortably. Although she is on hiatus, for now, let’s hope we will get to see her continuing her career. We wish Jennifer Quanz a happy and successful life ahead.