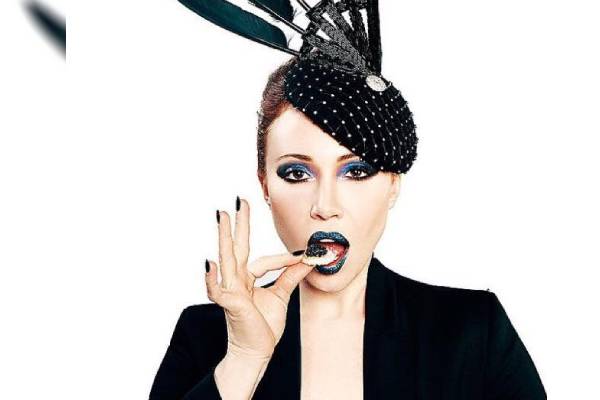 If you know the famous new wave band, Duran Duran, you must be familiar with its band members too. One of them is Roger Taylor, the drummer of the band. He is a talented musician and instrumentalist who has been active in the music industry for over four decades.

Let’s keep the drummer’s professional life aside and look at his personal life. Well, he is a married man and has been married twice in his life. He also has four children from his marriages. Duran Duran’s member and his ex-spouse, Giovanna Cantone, were together for a long time. However, the former pair ended their long journey in the mid-2000s.

Thus, let’s go through the dynamics of their relationship and learn more about Roger Taylor’s ex-wife, Giovanna.

Were Married For Two Decades

Roger Taylor and Giovanna Cantone tied the knot back in 1984. At that time, the drummer was at the early stage of his career. Furthermore, the adorable pair met before the Duran Duran band was formed. When Giovanna met Roger, she was working in the cloakroom of the Rum Runner Club in England.

The couple dated for four years before holding their fancy wedding ceremony in Naples, Italy. The musician’s band members also attended their wedding, and the event must have been the talk of the town. Likewise, Simon Le Bon was the groom’s best man.

As the duo met at the beginning of their careers, they must have had their share of ups and downs. In addition, they must have been there for one another through the rough patches for each other.

During their two-decades-long marital life, the musician and his ex-partner welcomed two sons and a daughter during their togetherness. They are James Taylor, Elliot Taylor, and Ellea Taylor.

Have An Amicable Divorce

Sadly, after two decades of the journey together, Roger and Giovanna ended their marriage amicably in 2005.

As per Stay beautiful Live Journal, both Giovanna and her spouse felt they needed some time apart to reflect on the future and work through their marriage. As a result, the pair separated from each other in January 2004. However, it didn’t seem their split could lead to divorce at that time. In addition, no one was involved in any side affairs.

But, the couple never reconciled and legally parted ways after their separation. Also, they now seem to have a friendly relationship with each other. So, hopefully, their children got to spend time with both of them.

Giovanna Cantone was born in the early 1960s in Italy. She received her bachelor’s degree in costume and theatre make-up in 2001 from the London College of Fashion. In addition, she learned contemporary ballet dance from the Laban in 1985.

Having earned a theatre make-up degree, Giovanna has established herself as a make-up artist and stylist. She is now a conceptual artist, creative director, and brand consultant with over twenty-five years of working experience in the field. Moreover, she has worked in over fifteen places or companies so far.

Additionally, Roger Taylor’s ex-wife organized the Go Fund Me program, Feed-Our-NHS. It aimed to deliver healthy food to the ICU front-liners in the hospitals of London, including St. Mary, Hammersmith, and Charing Cross. Even her ex-husband and his band members supported Giovanna’s endeavor.

Furthermore, the drummer’s former partner volunteered as an assistant co-ordinate of the RDA event (Riding for the Disabled Association) in 1990. Also, since 2003, she has been involved with the Crisis at Christmas as the general helper. Hopefully, she will continue to showcase her generosity in the coming days.

Giovanna Cantone’s Ex-husband Has Moved On

Following their divorce, the former couple moved on in their respective lives. Roger Taylor got married to a Peruvian woman, Gisella Bernales. They have already welcomed a son, Julian Roger Taylor, in 2011.

So, has Roger Taylor’s ex-wife also remarried? Although it isn’t known, she seems to be enjoying her life to the fullest. Moreover, she is doing great in her professional life. So let’s hope Giovanna accomplishes more success and happiness in her life.