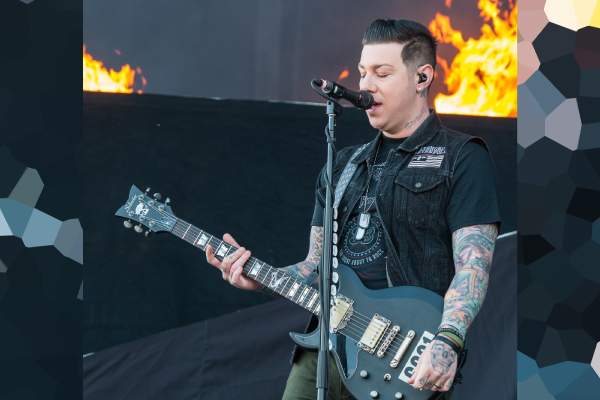 Zachary James Baker, known more by his stage name Zacky Vengeance, is the rhythm guitarist and backing vocalist for the heavy metal band Avenged Sevenfold or A7X. He and M. Shadows are the only original members remaining of the band when it was formed in 1999.

The guitarist has seen much success being a member of A7X. Talking about his love life, many might not know the fact that he was married once. So, in this article, we will be learning more about Zacky Vengeance’s ex-wife, Gena Paulhus.

As per FAMOUSFIX, Zacky’s one-time spouse was born on October 31, 1982, in Newport Beach, California, USA. She is the youngest out of two siblings. Moreover, as the title suggests, Gena, whose full name is Gena Kathleen Paulhus, is a professional hairdresser.

The hairstylist attended the James Albert School of Cosmetology and can also do make-ups. She used to work in Baker Street West Salon in Costa Mesa, California. However, it seems Zacky Vengeance’s ex-wife no longer works there as the place has been permanently closed.

Before the rhythm guitarist tied the knot with Gena Paulhus, the two had been friends for a long time. It is unclear when the former partners started dating and for how long. But they decided to take their relationship to the next stage and exchanged their wedding vows back in 2011.

However, it wasn’t long before Zacky and Gena decided to part ways. The past couple divorced in the autumn of 2013 after staying together in a marital relationship for about two years. The reason for their separation has not been revealed to the public yet.

Furthermore, Zacky is a loving and doting father to his two boys Tennessee James Baker and Ozzy Baker. The 40-year-old has not disclosed who is his baby mama? But, Famous Birthdays state that Zacky Vengeance’s son, Tennessee, was born from his marriage to Meaghan Elizabeth. So, could Gena be one of his baby mamas?

Likewise, several Avenged Sevenfold fan forums mentioned how Zacky cheated on his then-wife, Gena, with Meaghan. But, it is hardly a credible information as all three parties are yet to confirm it.

As the title suggests, Gena Paulhus appears to be a person of privacy. After parting ways with Zacky, she has not come into the limelight. She is rarely active on social media platforms as well. There is a possibility her experience with some fame due to her ex-husband wasn’t pleasant, and she no longer wants to be in the spotlight.

Hopefully, Gena will be willing to share more about herself in the future. Although we can’t be sure what she is doing at the moment, we wish Zacky Vengeance’s ex-wife leads a happy and healthy life in the upcoming days.