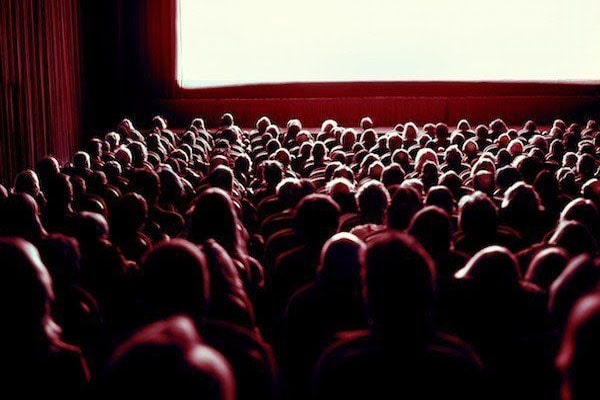 With a plethora of heavyweight blockbusters behind us, the 2019 cinematic year has come to an end. From top-drawer pieces that made us grab the edges of our seat to crowd-hyping comedies, we were showered with numerous masterpieces. That doesn’t exclude all the brilliant, under-the-radar indie movies and ones that couldn’t reach global success. We can all agree on the fact that this magnificent year has set a lofty bar for the upcoming 2020 movies to beat.

But that doesn’t mean you should pack your bags and head out the door already. As much as 2019 was a magnificent one, the year 2020 awaits us with an array of thought-provoking and spectacular horrors, thrillers, animations, and live-action, that we are intrigued to watch. So, if you’re done rewatching your favorites of 2019 and eagerly look forward to finding out what the next year has got in the shop, we’ve got a nice little list decked out for you to leaf through.

Bringing realness and authenticity to the Marvel Universe is it’s upcoming 2020 movie, Black Widow, depicted by none other than the unparalleled, Scarlett Johansson. I mean, we’ve all watched other Marvel superheroes displaying their heroic prowess and triumphing over the bad in an entire movie of their own, but still Black Widow, one of the most mysterious, yet the most intriguing character never had a self-titled piece. Nevertheless, it looks like the studios have been all ears and taken fans’ requests seriously, which firmly prompted them to provide a background on the Russian spy, Natasha Romanoff. The movie is under post-production and is set to release on the 1st of May 2020.

Additionally, the 24th film by Marvel Studios is initiating Phase 4 of the MCU and will chronologically take place between films Captain America: Civil War and Avengers: Infinity War.  As for the plot, the details are still obscure.  “It feels like an espionage movie, it’s got all these elements to it,” said David Harbour, the Stranger Things star. He is starring alongside Johansson, Rachel Weisz, and Florence Pugh. We cannot wait to watch the movie. We mean, it was about time they made this electrifying masterpiece.

One of the most crucial cornerstones for a globally successful movie is the directing of it. And gathering from last couple years of groundbreaking hits, we know the feats Christopher Nolan is capable of accomplishing. How grand would his resume look like is beyond us. Inception? Dunkirk? Or Interstellar or maybe the jaw-dropping The Dark Knight trilogy. The directing prodigy has crafted yet another action, revolving around the world of international espionage, TENET.

The thing about TENET is that even after the initial tease, it’s been one hell of a work to extrapolate the movie’s plot, almost impossible. It’s had viewers baffled. What’s more appalling is the fact that Nolan’s ambitious work has the budget reportedly, clocked in at a grand $225 million. The hyped movie is set to release on the 17th of July, 2020 and will be flashed on IMAX first. Nolan hasn’t held back on filling the cast up with pure talent such as John David Washington, Robert Pattinson, and Elizabeth Debicki, among others.

Robert Downey Jr., or as we all know, the Iron Man is ready to walk the shoes of Doctor Dolittle alongside Eddie Murphy in the new screen adaptation created by Stephen Gaghan. The American fantasy adventure, Dolittle, will be released on January 17, 2020. Not many might be aware of this, but this isn’t the first time this character has a movie based on him.

In fact, the first movie was released in 1998 and collected a massive $294 million at the box office. Having said that, the upcoming Dolittle is utilizing all the advancements made in the animation industry recently and combining it with an impeccable cast that includes Antonio Banderas, Emma Thompson, Rami Malek, John Cena, Kumail Nanjiani, Tom Holland and Selena Gomez.  With such amazing casts, we are sure it’s going to be one hell of a movie. Not to mention the jaw-dropping budget of the movie is $175 million and the hype that’s been building up since the trailer was released is just amazing. You might as well just ready up already and buckle up for one of the most probable worldwide blockbusters since the film is right around the corner.

No doubt, animations are pleasing to watch. But when you are watching one built on a character, book or story linked with your childhood, the last thing you want to feel when getting out of the theatre is: unsatisfied or displeased or even mad. Fair enough, right?

The feeling of nostalgia demands something entertaining and authentic. After the first trailer of Sonic; the Hedgehog was released, it caused a massive uproar among the fans around the world, forcing the studio to take the criticism seriously and remake the whole thing. A classic video game released by SEGA, played by millions across the globe, getting clobbered by a poorly-made movie. That’s a nightmare for Sonic fans.

The release date for Sonic has been pushed back to February 14, 2020, in the United States because of the time required to furnish the character. However, the updated trailer for the adventure comedy starring James Marsden, Ben Schwartz, and Jim Carrey has received a seal of approval from the fans, and that is what matters at the end of the day.

No Time To Die

The 25th James Bond film, No Time To Die, is set to release on the 2nd of April is presumably Daniel Craig‘s final take of his hallmark role of 007. Captain Marvel‘s Lashana Lynch will step in the shoes of a newer 007 in the next movie. Director Fukunaga-directed spy action movie had its production budget spiral up to about $250 million, more than any other James Bond movie released previously.

Moreover, Daniel is joined by the Oscar-winning actor, Rami Malek, who delineated Freddie Mercury in 2018’s Bohemian Rhapsody. He is to play the god-like villain in the movie, orchestrating the most sinister and vicious plans to initiate what most fans reckon to be, global destruction. We can’t wait to see Rami’s malevolent and Craig’s heroic character go head to head, would be quite a spectacle.

The Conjuring: The Devil Made Me Do It

The Conjuring Universe is fascinating yet blood-curdling and intriguing. With two great horror movies, Conjuring and Conjuring 2 paving the way for the upcoming 2020 The Conjuring: The Devil Made Me Do It, expectations are set high. The real-life story of paranormal investigators Ed and Lorraine Warren has once again come to life in the movie, which will be hitting the theatres on September 11, 2020. The Brilliant actress, Vera Farmiga, and Patrick Wilson have retained the scaffold, and we are seeing them yet again next year.

The plot revolves around one of Ed and Lorraine’s most sensational cases where a murder suspect, the first time ever in the U.S history, defends himself by citing ‘demonic suspense’  as the sparkplug for his murder of a young boy. Chilly, right? Fans who have watched through Ananbelle and the Nun series know that with New Line Cinema, there is plenty of room for creativity and a satisfying ending. After all, the Conjuring franchise has already amassed $2 billion in aggregate, and the upcoming 2020 film is sure to cascade in some more.

Truth be told, after watching and absorbing the popular hit, Suicide Squad, not all fans came out of the theatre with over-the-moon ecstasy and satisfaction. It was a great movie, nevertheless. However, the prospect of Harley Quinn getting a whole movie for herself, had the audience more captivated than ever. Birds of Prey starring Margot Robbie, Mary Elizabeth Winstead, Ella Jay Basco, Rosie Perez, and Ewan McGregor is releasing on February 6, 2020, and we can safely tell you the hype that’s built up is real.

Warner Bros Entertainment studio is on to something. The fact that a budget of approximately $97.1 million for the movie is a massive investment for the sole purpose of illustrating a character’s history in Gotham. But is it worth making a movie about a former psychiatrist turned lunatic criminal who is on her tracks to save a little girl with her three other bad-ass friends, after her split with Joker and their toxic love? Absolutely. The Harley Quinn spin-off, Birds of Prey, is nothing short of an amazingly well-plotted piece, and we are all on our toes to grab the first screening of the movie.