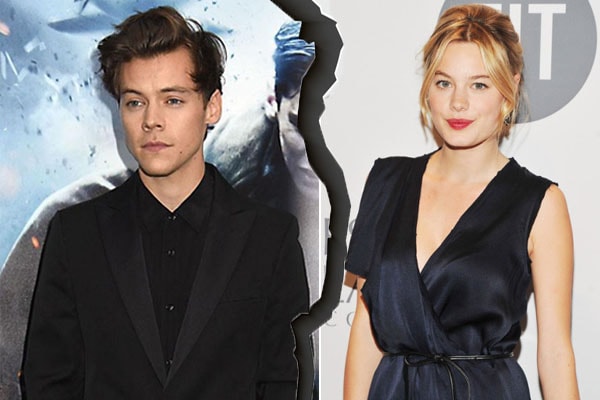 Pretty good news for all the single ladies out there, Harry Styles is single again. The ex-band member of One Direction, Harry Styles broke up with girlfriend Camille Rowe after dating for a year.

Harry doesn’t need much more introduction. He is a famous British singer who was in a pop boy-band, One Direction. He is now in a single venture of his own. As for his new high profile ex-love, Camille Rowe, she is Victoria’s Secret model.

The love life of Harry Styles and Camille Rowe didn’t have a long span. Just after dating for a year, the couple of Camille Rowe and Hary Styles decided to break up and part their ways. Harry and Camille started dating from July 2017.

Just some weeks ago, the French model Camille was seen supporting her ex-boyfriend Harry at his Los Angeles concert.

Harry Styles and Camille Rowe were first introduced by a mutual friend named Alexa Chung in 2017. The ex-couple never showed their relationship; it was a quiet one. Despite that, it was reported Harry and Camille spent the New Year’s Eve together. Plus, Camille also had met her ex-boyfriend Harry’s parents.

Harry Styles’ ex-girlfriend Camille was a supportive one. She was spotted at different concerts of Harry, including his March Paris concert and also had attended the final tour date in Inglewood.

Like a real gentleman, the British singer Harry was seen carrying his ex-girlfriend Camille Rowe’s purse despite having an injured hand.

The actual reason behind the break up between Harry Styles and Camille Rowe has still not been disclosed yet, but we can assume they had a good cause.

Both Harry Styles’ ex-girlfriend Camille and he are a pro at this. The “Sign of the times” singer Harry Styles’ list of girlfriends is filled with high profile celebrities. Taylor Swift, Kendall Jenner, Cara Delevingne, Paige Reifler are some of the names Harry has dated in the past.

If it were Taylor Swift, then she would have already released a song by now, but it might not be the same with Harry. After the disband of One Direction, Harry is tied up in his solo career.