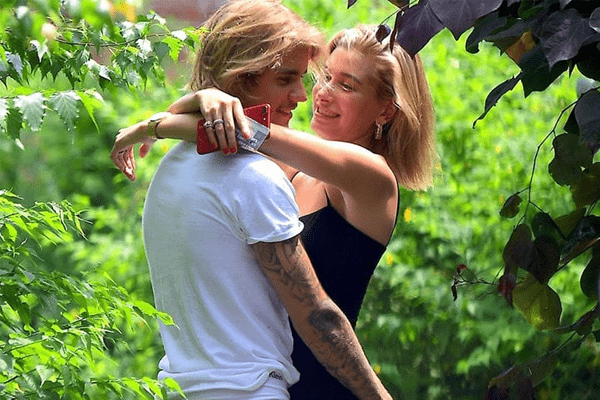 Pop icon Justin Beiber’s tumultuous love life has reached a satisfying conclusion as he got engaged to the stunning Hailey Baldwin on Saturday. Sources claim that Justin popped the question when the two were on vacation in the Bahamas and Hailey Baldwin, host of the popular show “Drop The Mic”, happily said yes.

The eyewitnesses of the engagement claim that Justin proposed to Hailey Saturday night at a lovely resort in the Bahamas. Justin’s security ordered everybody in the resort to turn off their phones and proposed to her future wife Hailey in front of everyone.

The news of the engagement was first broken by TMZ. Sources close to TMZ reportedly confirmed that the two had gotten engaged on Saturday night at the aforementioned resort.

Further proof of their engagement came when more pictures of the two popped up on Sunday of their vacation. Hailey was seen wearing a diamond ring on her ring finger, confirming that the two had gotten engaged.

Justin’s father Jeremy Bieber added more confirmation to the news when he posted a picture of Justin on Instagram with the caption implying that a new chapter was about to start in Justin’s life.

@justinbieber Proud is an understatement! Excited for the next chapter!

Not to be left behind, Hailey’s father Stephen Baldwin shared a long tweet where he thanked Jesus for moving in the hearts of JB and HB (Justin Bieber and Hailey Baldwin). As he is a big-wife follower of Jesus, he also included a verse of the Bible in his tweet, which mentioned the importance of a husband loving his wife, providing further proof of Justin and Hailey’s engagement.

Hailey Baldwin’s dad tweeted this about Hailey’s and Justin’s engagement and deleted this off Instagram. pic.twitter.com/pB7vJ9npKn

Justin and Hailey had been dating for a month and have shown immense love for each other. They began dating after Justin broke up with on-again-off-again girlfriend Selena Gomez for the 9,233,122th time. (That number shouldn’t increase in the near future.)

Justin and Hailey have been together before too. They dated each other in 2016 but broke up pretty soon. This should suggest that it’s never too late to say “Sorry” (see what I did there).

Follow Ecelebmirror for the latest celebrity news and gossip.