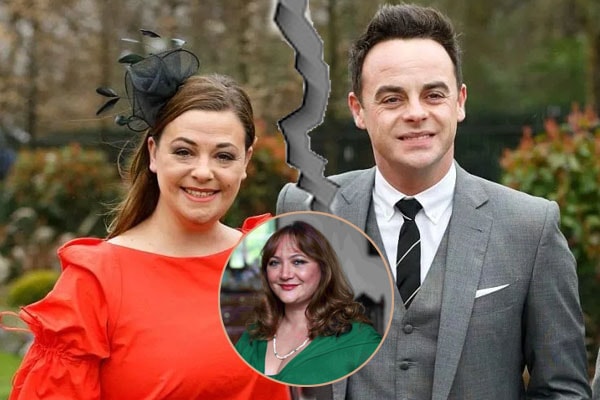 You should know Ant as a famous television TV presenter alongside his partner Declan Donnely. He has been in many popular TV shows like Britain’s Got Talent, Ant & Dec’s Saturday Night Takeaway and others. And as for his estranged wife, Lisa Armstong is a make-up expert and also the former member of pop and Deuce.

The announcement of the split was announced by Ant in December last year. But the divorce between Ant McPartlin and Lisa Armstrong has still not been settled yet. And in order to settle the divorce as quickly as possible Ant’s wife, Lisa Armstrong met one of the ‘toughest’ divorce lawyer in the world. Ayesha Vardag.

Ayesha is also said to be the most expensive lawyer too as she charges £845 ($1078) an hour. The divorce lawyer Ayesha is also famous by her nickname, “Diva of Divorce.” Ayesha Vardag’s Net worth is estimated to be at $15 million.

Ant McPartlin’s soon to be ex-wife Lisa sought advice from the “Diva of Divorce”, Ayesha Vardag to start negotiations over Ant McPartlin’s $79.17 million (£62 million) fortune. Plus also over the ownership of Hurley, their beloved chocolate labrador.

Since Lisa has hired one of the best divorce lawyers, she is entitled to walk away with a large chunk of money from Ant’s fortune. The ex-pair were married for over 11 years. It’s such an unfortunate event for both Ant McPartlin and Lisa Armstrong to end their marriage in such a chaos.

In the middle of the ongoing divorce settlement, the TV presenter Ant has confirmed to take a break until 2019. For that time his other half Declan Donnely will be working alone.

Since Lisa and Ant have worked in Britain’s Got Talent and other shows at different events, it is still doubted that if the soon to be divorced pair will still work together.