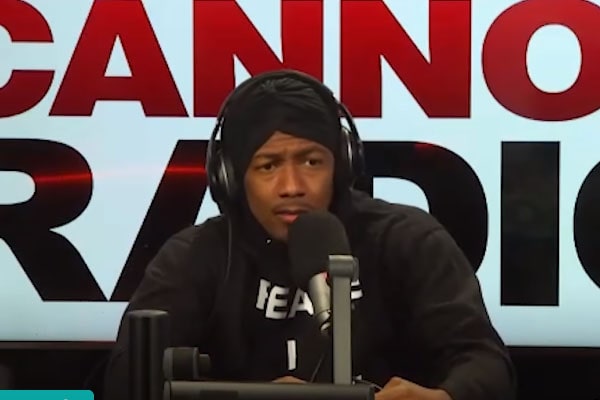 The American actor, Nick Cannon, opened up and discussed his kids, fearing the police. While George Floyd’s death has ignited a nationwide movement and protest against the police killings of black people and racism, Mariah Carey and Nick Cannon’s children are scared so much of police.

Nick Cannon knows how important this fight for racial justice is and was ready to put his life on the line for this. He did not fold his hands behind the screen but went out to protest with the public. Nick, coming into action, must have brought courage in his kids, Golden, Moroccan Scott, and Monroe Cannon, to stand up against police and their wrongdoings,

Opened Up About Why His Kids’ Fear Police’

Nick Cannon came in touch with ACCESS and described having conversations with his little ones about police brutality. He said, ‘My children fear the police,’ and this all happened because one of the ruthless police officers, Derek Chauvin, knelt on George Floyd’s neck for almost nine minutes.

Floyd begged the police saying, ‘Please, I can’t breathe.’ But he just did not stop his violence right there. Just like everyone else, my eyes were full of tears when he died on the spot on May 25, 2020, in Minneapolis, Minnesota.

But whenever they see the energy of law enforcement, they are just too afraid of them and say, “Uh oh, here comes the police” or the mindset of, “Sit up straight, and don’t talk, keep your hands where they can see them.” Well, he also talked to his twins, Moroccan and Monroe, and little Golden about how to interact with the police.

Nick Cannon is educating his children to stand up against such people and not fear them. We all are with Nick and his children. It’s the ‘Now or Never’ situation to end the racism not only in the USA but all over the world.

Nick Cannon And Other Celebrities Joined The Frontline Of Protests

Nick Cannon and other celebrities such as Emily Ratajkowski, Jamie Foxx, Paris Jackson, and Machine Gun Kelly joined the frontline of protests sweeping across America in response to George Floyd’s tragic death.

His children must be learning to step up and be inspired by these exemplary celebrities. Since they are the future of the world, they need to be taught well about everything. No child is born racist. It’s important how we raise our kids.

As humanity is diminishing day by day with such cruel and brutal violence in the world, it seems like we are on the verge of the end. Each and every person has the right to live.

We should not back out and be afraid of the police and raise our voices against them for equal rights. Racism needs to stop, and yes, black lives matter!