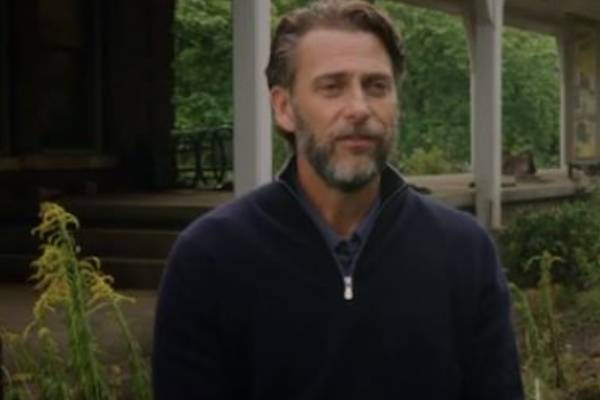 Andrew Form has amassed an immense fortune to his name in his career. Image Source: Social Media.

Andrew Form is a film producer from America. He mainly came into prominence for producing different hit movies like Friday the 13th, The Purge, and Teenage Mutant Ninja Turtles. He has produced more than a dozen of films in his career, which have helped him amass an immense fortune.

According to Celebrity Net Worth, Andrew Form’s net worth is $20 million. Now, let’s learn in detail about how Andrew was able to amass such tremendous net worth and his earning details.

Andrew Form Net Worth And Earnings

As stated earlier, Andrew Form’s fortune is estimated to be $20 million. The net fortune that he has accumulated comprises his income as a film producer and several other ventures. Form began his career as an assistant to Jerry Bruckheimer and his late producing partner, Don Simpson.

As mentioned above, Andrew Form began his career in the entertainment industry by working as an assistant to Jerry Bruckheimer for films like Bad Boys, The Ref, Dangerous Minds, The Rock, and Crimson Tide. He later, in 1995, produced the video documentary short The Making of “Crimson Tide.”

Moreover, here are some of the movies that he has produced and their box office collections as per Rotten Tomatoes.

Besides movies, Andrew has also produced television series like Tom Clancy’s Jack Ryan, The Last Ship, Billion Dollar Wreck, and Black Sails. Sources suggest that on average a producer earns $54,800 per year. Thus, Andrew must have benefitted from the television series that he has produced.

Many of Andrew’s works like A Quiet Place Part III, Apartment 7A, and Little America are yet to be released. Thus, there’s no doubt that Andrew Form’s net worth will increase in the future.

Also Read: Justin Thomas Net Worth And Earnings As A Golfer

Furthermore, Andrew is the co-founder of the production company Platinum Dunes with Brad Fuller and Michael Bay. According to Hollywood Reporter, they are one of Hollywood’s most powerful producers. Although the success of their works has established them as a moviemaking machine, they are rarely seen together.

Michael operates out of both LA and Miami and stays in touch with the team via a digital command center, while Andrew and Brad operate in Santa Monica. The trio launched the Paramount franchise, Teenage Mutant Ninja Turtles, which earned $485 million globally in 2014. In addition, the team has worked in several ventures that have helped them make millions.

Thus, looking at his works, Andrew Forms’s fortune seems plausible. In addition, there are high chances that his net worth sees massive growth in the future.

Although Andrew Forms’s professional career is a huge success, his marital life would not get significant success. He and his estranged wife, Jordana Brewster, ended their 13-year marriage and filed for divorce in July 2020. They met in 2005 on the set of The Texas Chainsaw Massacre: The Beginning, which he produced and Jordana starred in.

The former couple began dating shortly after and got engaged on November 6, 2006. In 2007, they walked down the aisle on May 6. In their marriage, the ex-pair welcomed two sons, Julian Brewster-Form (born in September 2013) and Rowan Brewster-Form (born on June 8, 2016). They officially separated on May 13, 2020.

In addition, Andrew was paid $5 million by Jordana as she retained their marital home, as a part of their divorce settlement. While they were together, Jordana and Andrew added numerous properties to their assets.

Moreover, according to the divorce agreement, any income earned by either party from May 13, 2020, was not divided among the pair. Since the earnings are from their personal and professional effort, it was counted as separate property and was not included in the divorce proceedings.

Similarly, the ex-couple will not pay any spousal support for each other. They are co-parenting their two sons and share an amicable relationship.

Jordana is a famous actress who has amassed a net worth of $25 million. He seems to be as rich as his former wife and is living a comfortable life after the divorce.

As mentioned earlier, Andrew Form’s net worth is $20 million. All thanks to his multi-million dollar worth of fortune, he is able to afford a privileged and comfortable lifestyle. With an income like that, he must pay a significant amount in taxes.

Aforementioned, he received $5 million after his divorce with Jordana as she retained their marital home. Form must have already shelled out millions for his new home. However, there is no further news about his new real estate investment.

Nevertheless, Andrew Form is enjoying a lavish lifestyle which is aided by his multi-million fortune. Let’s hope he continues to prosper in his personal as well as professional life.