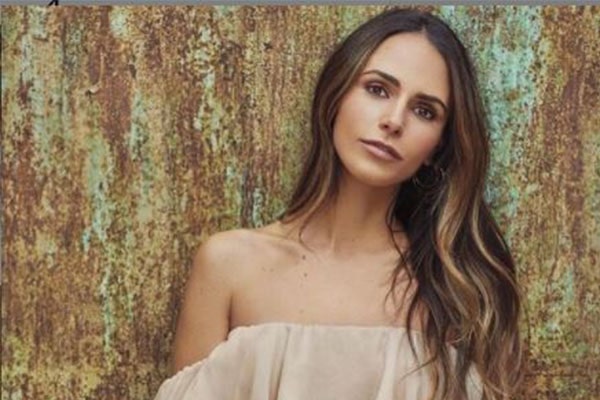 Jordana Brewster is a famous American actress and model, best known for her role as Mia Toretto in the popular series Fast & Furious. The actress, who was born in Panama City, Panama, later moved to New York with her family. She has starred in various movies and series in her career. Most of her works are critically acclaimed and have been able to earn huge box office collections.

As stated earlier, the talented actress has appeared in various hit masterpieces. She has accumulated an enormous fortune from her acting profession. According to Wealthy Gorilla, Jordana Brewster’s net worth is $25 million. She has earned such massive wealth through her acting projects and various other ventures.

Thus, let’s learn more about how the talented actress successfully amassed multi-million dollars of fortune to her name and other income sources.

Jordana Brewster Net Worth And Career

As stated earlier, Jordana Brewster’s fortune is estimated to be $25 million. She has accumulated such massive wealth as an actress and through various other ventures.

Jordana is one of the daughters of a former swimsuit model from Brazil, Maria João, who appeared on the 1978 cover of Sports Illustrated. It is possible that she got interested in the entertainment industry under her mother’s influence, who as stated was a well-known swimsuit model at that time.

Over her career, Jordana has starred in dozens of movies and TV series. Jordana started her acting career by debuting in daytime soap operas. She made a one-time appearance on All My Children as Anita Santos and appeared in the recurring role of Nikki Munson on As the World Turns. She appeared in a total of 104 episodes of soap operas from 1995 to 2001.

Brewster made her debut in the movies by starring in the horror science fiction film The Faculty. The movie grossed $40 million in North America. After that, she appeared in various other movies. Here are some of them alongside their box office collection as given in Rotten Tomatoes.

Jordana achieved significant success from the movies that she has starred in. Most of the movies she appeared in were critically acclaimed and also made good box office earnings.

Also Read: Yella Beezy’s Net Worth As A Rapper

Apart from the movies, Jordana has also appeared in several TV shows and series. In 2010, she guest-starred in the three episodes of Dark Blue, where she played the role of an art gallery dealer named Maria. Besides this, she has guest-starred in several other TV series like Gigantic, Conan, Robot Chicken, Harry, Magnum P.I., and various others.

In 2012, she was cast in Elana Ramos’s role on the TNT daytime soap opera “Dallas”, which was then canceled in 2014. The series featured other actors and actresses like Josh Henderson, Jesse Metcalfe, Julie Gonzalo, Brenda Strong, and various others. The series had received good reviews. The salary from the series Dallas helped to increase the net worth of Jordana.

Another TV series that made the beautiful actress famous is the Fox action comedy-drama television series Lethal Weapon. She was cast as Dr.Maureen “Mo” Cahill in the series that was canceled in 2019. The series featured various other actors and actresses like Damon Wayans, Keesha Sharp, Kevin Rahm, Michelle Mitchenor, and many others. The series was also critically acclaimed. The salary she received from Lethal Weapon must have helped to increase Jordana Brewster’s net worth.

According to PayScale, an average salary of an actress in the USA is $50,608 per year, and the total pay ranges from $21K – $204K. So, she must have earned considerably as an actress. Many of Jordana’s projects are yet to be released so, there’s no doubt that she will be earning considerably in the coming days.

As we know, Jordana has amassed immense popularity and wealth as an actress. The popularity has helped her get various endorsement deals and offers.

In 2015, she became the new face of Pond’s, specifically for its Rejuveness Anti-Wrinkle Cream. She must have earned significantly from the partnership with the company as well.

As stated earlier, Jordana Brewster’s net worth is $25 million. With a fortune like that, the actress must be living a comfortable lifestyle in Los Angeles, California, with her family.

In 2014, she bought a 1-acre property in Los Angeles for $4.6 million, along with her estranged husband, Andrew Form. They later demolished this property and custom build a 5,600 square foot mansion. Before buying this property, they sold their previous home in LA for $3.8 million, which they had bought for $3.4 million back in 2011. She had also purchased a home above LA’s Sunset strip for $880,000 in 2002 and sold it for $1.75 million, after three years.

Thanks to Jordana Brewster’s multi-million dollars of fortune, she can afford a comfortable and lavish lifestyle.

Filed For A Divorce

Jordana was married to film and television producer Andrew Form. They met in 2005 at the set of The Texas Chainsaw Massacre: The Beginning and dated for a while. The duo got engaged in 2006 and tied the knot in a private ceremony in 2007. After 13 years of their marriage, Jordana filed for divorce from her husband Andrew Form.

The divorce is yet to be finalized. But it might be possible that she might ask for huge alimony or vice versa. As both of them are engaged in their respective job in the entertainment industry, they amassed a fortune from their career. As a result, during the proceedings, either party might make a huge demand on the alimony. They also share several properties which might be divided among the estranged couple. As for their children, in an article by People, it was mentioned that they might be co-parenting their two sons as a team.