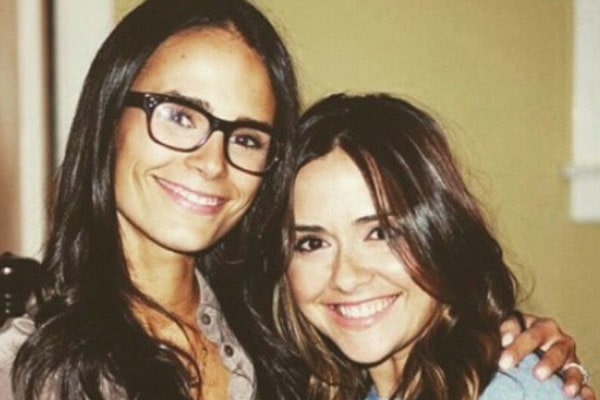 The Panamanian-American actress Jordana Brewster is famous for her recurring role in numerous blockbuster TV series and movies. She first came to prominence after playing Anita Santos‘ character in an episode of the American soap opera, All My Children in 1995. Soon, Brewster played the role of Nikki Munson on As the World Turns. Since then, she has shown her acting skills in several other films such as The Faculty, The Fast and the Furious, and its sequels. Numerous prestigious magazines have even listed Jordana Brewster in their list of sexiest women in the world.

The Panama-born actress Jordana Brewster is the eldest daughter of ex-swimsuit model Maria Joao and an American investment banker, Alden Brewster. Granddaughter of former American educator Kingman Brewster, Jordana has a younger sister named Isabella Brewster. Here, in this article, have a look at the life of Jordana Brewster’s sister, Isabella Brewster, who was married to a famous sportsperson, Baron Davis.

Jordana Brewster’s sister, Isabella Brewster, married the former American professional basketball player and present studio analyst Baron Davis on 30 January 2014. The US Weekly magazine reported that Davis proposed to Isabella with an engagement ring five months before their wedding after dating her for a while. The overwhelmed sister Jordana Brewster had announced about the big day via her Twitter page with a sweet photo of herself with her son Julian Form-Brewster.

Actress and businesswoman Jessica Alba‘s husband, Cash Warren, also addressed Isabella Brewster’s marriage with Baron Davis. He shared a collage of pictures of himself with Baron on his Instagram page, captioning it that words could not describe how much Baron means to him. Warren also expressed how proud he was of his friend, Baron Davis, and his happiness for the couple found each other.

Jordana Brewster’s sister, Isabella Brewster, filed for a divorce with her then-husband, Baron Davis, in 2017 after nearly four years of their marriage. She cited irreconcilable differences as the reason behind their separation. At that time, Brewster requested Davis pay her spousal support. Also, she wanted Baron to cover all her legal costs. However, her ex-husband, Baron, never filed a response to her divorce.

Their divorce proceedings had no movement for almost two years till the estranged couple Isabella and Baron exchanged financial information in the mid of 2019. It was a step closer to wrapping up the split. Probably, they are legally separated now.

Though Isabella and Baron are no more together as husband and wife, they are still on good terms. The estranged couple occasionally shares one another’s pictures on their respective social media handles and even appreciates each other.

Isabella Brewster’s marriage with the former New York Knicks player, Baron Davis, has not just given her marital bliss but also blessed her with two adorable sons, Luke Alden Davis and Kingman Davis. Brewster welcomed her first child with Davis, Kingman Davis, on 22 August 2014. Soon after two years of King’s birth, she gave birth to her other son, Luke, on 10 January 2016. The couple named their eldest after his maternal grandfather, while their youngest got his name after his paternal grandfather.

Happy Valentine’s Day to all the single Ladies out there – 💙 KingmanDavis pic.twitter.com/q3fgmStW7s

Like all the other moms, Jordana Brewster’s sister is also proud of being a mother of two handsome sons. The Brazilian-American beauty Isabella’s Instagram page is full of photos of her little ones. She never forgets to capture her sons’ happy moments and keep them secure on her social media handle’s walls.

The gorgeous small sister of Jordana Brewster, Isabella Brewster, was a talent agent at the Creative Artists Agency. According to sources, she resigned from CAA in mid-2012. Reportedly, she joined Jeff Berg’s Resolution Agency in 2013, soon after leaving CAA. As a talent agent, she specializes in young talent, especially racially and ethnically diverse talent like Hispanics and African-Americans. However, it is unclear if Brewster still serves in Resolution or not.

Isabella Brewster completed her Bachelor’s degree in Political Science and Government from the Georgetown University in 2004. According to her Linkedin page, currently, she is a producer at No Label Productions, founded by her husband, Baron Davis. As a producer, Isabella has helped No Label produce content for top entertainment companies. She produced for Disney, Comedy Central, Sony, Hulu, and many other media.

Furthermore, Jordana Brewster’s sister is also a member of the Alliance of Moms. It is a community of philanthropists who assists pregnant and parenting teens in LA.