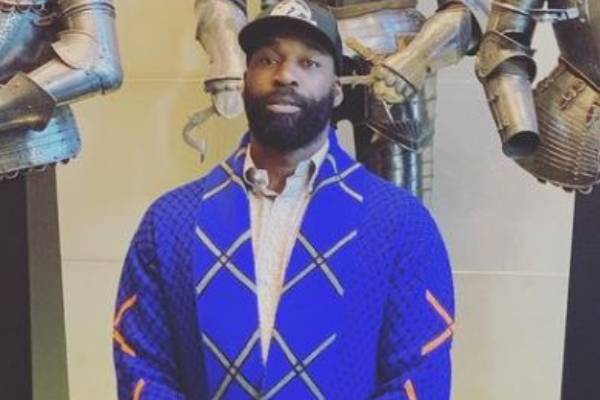 Baron Walter Louis Davis, aka Baron Davis, is a former professional basketball player from America. The two-time NBA All-Star, Davis, is also a studio analyst for the NBA on TNT. In his basketball career, he competed in numerous tournaments and won in several of them.

According to The Richest, Baron Davis’snet worth is estimated to be $60 million. For now, let’s learn in detail about how the talented basketball player, Baron, was able to amass such a massive fortune to his name and earning details.

Baron Davis Net Worth And Earnings

As stated earlier, Baron Davis’s fortune is estimated to be $60 million. The massive wealth that he has amassed in his basketball career comprises his income from contracts, tournaments, endorsements, and other ventures. He began his basketball career during his high school days. As a senior, he led the school team to several tournaments and even received a spot on the All-Tournament team and MVP honors.

Davis got offers from many top colleges, but he ended up choosing UCLA. During his college days, he also tasted several victories. From the beginning of his career, Baron had already established himself as one of the most prominent basketball players.

Baron Davis has played for different teams in his career. After his college carer, he was the third pick in the 1999 NBA draft by the Charlotte Hornets. He won the match against the Orlando Magic during his NBA debut. From 2002 to 2005, Davis played for the New Orleans Hornets, but he could not gain significant success because of the number of injuries.

In February 2005, Baron was traded from the New Orleans Hornets to the Golden State Warriors for Dale Davis and Speedy Claxton. He played for the Warriors for three years, and in 2008, he opted out of his contract with them, which would have paid him $17.8 million. On July 10, the same year, he signed with the Los Angeles Clippers.

Here is the table showing the contract details and earnings he made while being in different teams.

As stated earlier, Baron Davis has competed for several teams, which have helped him gain fame and fortune as well. He has acquired several victories for those teams as well. His contribution to those teams has benefitted him very well.

Here is the table showing Davis’ earnings throughout his playing career as per Spotrac.

Baron became an unrestricted free agent in the summer of 2012 but did not play since he was recovering from surgery. In July 2015, he returned to the basketball court, where he scored 44 points in the Drew League.

Similarly, in January 2016, he signed a contract to play in the NBA Development League. He also participated in the 2017 NBA Celebrity All-star game. He has since retired from professional basketball but continues to contribute to the game.

There’s no doubt that Baron Davis has gained significant success in his basketball career and acting career as well. The fame and recognition that Baron has earned have benefitted him several endorsement and sponsorship offers.

In December 2020, Percy Miller to Master P confirmed to ESPN that he was negotiating to acquire Reebok with Baron. He told ESPN that these companies have benefited from them, and owning the company could be the history of the company going Black-owned.

While the deal has not been finalized yet, Reebok, a subsidiary of Adidas has a price tag of $2.4 billion. Let’s see if the duo is able to negotiate with the authorities and own the company in the coming days.

Plus since 2017, Davis has been working as a regular panelist on TNT’s Monday coverage of the NBA.

Income From Film And Television

Apart from his exemplary basketball career, Baron has also built a steady career in the television and film industry. After his playing days were over, he pursued acting as a full-time career. He is a member of the Screen Actors Guild. He earned the membership by appearing in different acting ventures like The Cookout, Lincoln Heights, and The Forgotten.

Baron has also made an appearance in several other projects like Step Brothers, Hot In Cleveland, That’s My Boy, Sin City Saints, The Night Before, Joe Dirt 2, My Other Home, and many others. Additionally, he has earned significantly through the several movies and television series that he has been involved in.

The talented former NBA player formed the gaming company 5 Balloons Interactive in 2012 with Sean O’Brien. They produce games for iPod Touch, iPad, and iPhone. Likewise, in 2016, he created the Black Santa Company in order to promote African American figures and stories. They sell beanies, shirts, onesies, and other ornaments.

Furthermore, Baron is the founder of several companies like Sports, Lifestyle in Culture (SLIC), Business Inside the Game, LAUNFD, and UWish with an objective to combine creative talent with original production and publication to develop and provide empowering and educational stories appealing to global audiences of all age group.

In August 2020, he teamed with Cyma Zarghami to create sports-related short films geared for children and their families. Then, in November 2020, he made his directorial debut with the intergenerational comedy “Domino: Battle of the Bones.”

In addition, Davis joined an advisory board in November 2019 for Tinley Beverage Company Inc. He also has merch for the several brands that he owns. The businesses that he has been involved in has helped him gain immense wealth.

Thus, Baron Davis’ net worth of $60 million seems plausible. Plus, he is still involved in different ventures; thus, there is no doubt that his fortune will increase in the future.

Despite the successful professional life, Baron’s marriage does not seem to have experienced similar success. Baron was previously married to Isabella Brewster. They got married on January 30, 2014, and shared a blissful marital life for three years. In three years of togetherness, they welcomed two sons, Luke Alden Davis and Kingman Davis.

In June 2017, Baron Davis’s former wife filed for divorce, citing irreconcilable differences as the reason behind their separation. She sought primary physical but joint custody, along with spousal support. She also asked him to cover her legal costs.

Although the amount that Baron has to pay for the alimony has not been specified yet, we know that a dent might be formed in his wealth. However, looking at his professional success, there’s no doubt that it will be covered in the coming years.

As stated above, Baron Davis has amassed an immense fortune of $60 million. All thanks to his multi-million dollars of fortune, he is able to afford a privileged and lavish lifestyle. He lives a comfortable life in Las Vegas, Nevada.

In May 2019, Baron sold his longtime home in the Pacific Palisades neighborhood for $7.3 million. Similarly, in January 2015, he sold a home in Las Vegas for $2.375 million. Of course, with wealth like that, he must pay a significant amount in taxes as well.

Nevertheless, looking at Baron Davis’ net worth, he seems to be doing great for himself.