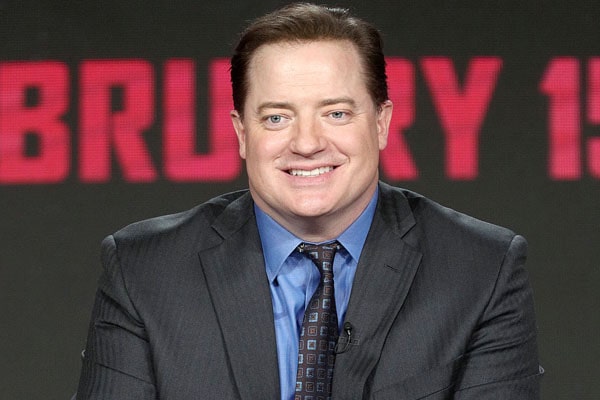 Brendan Fraser was everywhere in the 1990s and early 2000s. He became a major film star, with roles in movies like The Mummy Franchise, Crash, George of the Jungle, and Dudley Do-Right.

However, in the mid-2000s, after gaining massive stardom, Brendan vanished from the Hollywood industry. But, recently, media and the general public have been tracking him along with his career comeback.

The public is eager to know how much wealth he has accumulated to date. So, here, without any delay, let’s find out Brendan Fraser’s net worth and earnings from his career as an actor and other sources.

Brendan Fraser Net Worth And Earnings

The Indiana-born Canadian-American superstar Brendan Fraser began his career in the acting industry in 1991 from the film Dogfight. Fraser got his first lead role in the 1992 comedy film Encino Man, which was a moderate box office success. Ever since then, he has starred in many megahit movies and TV series, achieving immense success and adding millions to his bank account.

According to Celebrity Net Worth, Brendan Fraser’s net worth is estimated to be roughly $20 million. But he was reportedly worth much more several years ago. So, what might be the reasons behind Fraser’s net value being comparatively less than expected, and how did he manage to accumulate millions of dollars? Let’s find the answers here.

Earnings From The American Film Industry

As mentioned earlier, Brendan Fraser has played the lead and guest roles in numerous blockbuster movies. To date, he has already accumulated more than 70 acting credits to his name, along with bagging several million dollars for his work.

Brendan Fraser’s movies, along with the salaries he received from them, are mentioned below.

One of the instances which showed the exemplary talent that Brendan carried, was during the premiere of The Whale in September 2022 at the Venice International Film Festival. His performance was highly praised and the movie even received a six-minute standing ovation at the event. The actor sobbed through the six-minute and as per Variety, he is likely to be at the forefront of the 2022 best actor Oscars race.

Besides, Brendan Fraser’s net worth credit goes to his career as an executive producer in a couple of his movies. Some of the acclaimed films in which Fraser contributed as an actor and executive producer, along with their box-office collections, are below.

So, probably, Brendan Fraser might have received a good sum of money as his share for helping to produce and starring in the above-mentioned movies, which gave rise to his wealth.

Earnings As An Amateur Photographer

Apart from earning as an actor and executive producer, Brendan Fraser amassed some dollars as an amateur photographer. While performing in movies, Fraser developed insatiable curiosities for creating imagery, visiting new places, and keeping current with new forms of artistic expression.

As a result, he established himself as an accomplished amateur photographer.

ZipRecruiter notes that amateur photographers in the United States make $62,638 per year. However, their pay range also depends on their skill level, location, and years of experience. So, Fraser also might have collected a similar range of money as an amateur photographer.

Earnings From Selling Of His Real Estates

Currently, Brendan Fraser lives in an upscale home in Bedford, New York, one of the richest cities of the States, where numerous billionaires reside. However, before moving to New York City, Fraser resided with his family in Beverly Hills.

Actor Brendan Fraser married his then long-time girlfriend, Afton Smith, in an intimate ceremony in 1998. However, their relationship could not last long. And, eventually, the two called an end to their marriage officially in 2007, after welcoming three boys, Griffin Arthur Fraser, Leland Francis Fraser, and Holden Fletcher Fraser.

As a part of Smith and Fraser’s 2009 divorce settlement, the court ordered Fraser to pay his former spouse, Afton, $900K a year in alimony and child support payments. Thankfully, Fraser could pay for it without hesitation in the initial few years as he got lead roles in big movies.

But, sadly, things began to get harder for Brendan Fraser over the years. He spent several dollars on his medical bills, and unfortunately, he even stopped earning enough to justify the amount. So, Fraser requested the court to reduce the amount.

The total monthly expenses of Brendan Fraser in the early 2010s, as mentioned by TMZ, are:

However, Brendan Fraser’s ex-wife, Afton Smith, alleged him of fraud. She accused him of hiding $9 million, which he was getting from his new film contracts when their divorce proceeding was still in process. But, Fraser never came before the media to comment on his ex’s allegations. Nevertheless, it seems like the former couple has settled their disputes privately.

The Mummy star is set to appear in movies like Killers of the Flower Moon, The Whale, and Behind the Curtain of Night opposite stars like Robert De Niro, Leonardo DiCaprio, among others. Hopefully, Brendan Fraser’s net worth will rise in the upcoming days as he might be receiving a considerable sum for his work in these movies.