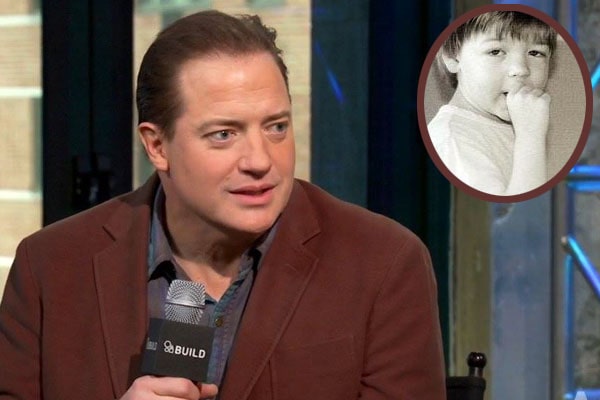 Brendan Fraser disappeared from the world of entertainment for several years after gaining massive fame starring in numerous 1990s and early 2000s blockbuster films. However, he is back in the industry with his new acting projects such as Behind the Curtain of Night, The Whale, and Killers of the Flower Moon. During the premiere of The Whale at the Venice Film Festival that took place in September 2022, he overcame with emotion after it received a six-minute long standing ovation.

Griffin Arthur Fraser is the Inkheart star Brendan Fraser’s son with his former wife, Afton Fraser. He is the firstborn of Brendan and Afton, who came into this world on 17 September 2002. After Griffin’s birth, his parents gave birth to two more sons, Holden Fletcher Fraser and Leland Francis Fraser.

Griffin Fraser became a big brother for the first time with the arrival of his brother, Holden Fraser, on 16 August 2004. Similarly, his youngest sibling, Leland Fraser, joined the family on 2 May 2006. Griffin shares a great bond with both of his brothers.

According to various online sources, Griffin Arthur’s parents tied their marital knot in 1998 after dating for almost five years. Reportedly, they met for the first time via their mutual friends in 1993 while attending a party organized by actress Winona Ryder.

But, just after a year of the arrival of Griffin’s youngest brother, Leland, his mom and dad, Afton and Brendan, called off their marriage in December 2007.

After the legal separation of Brendan and Afton, the court provided them equal custody of Griffin and their other two kids. However, all three children mainly lived with their mother in Connecticut, near their father’s residence in Bedford, New York.

Diagnosed With Autism As A Child

Brendan Fraser’s son, Griffin Fraser, falls under the autism spectrum. As mentioned by Brendan, Griffin often has difficulties with feeling, thinking, language, and the capability to relate to others. So, Griffin needs extra love from others, and he gets it too.

While talking to GQ magazine a couple of years ago, Brendan said that his eldest, Griffin is curative on everyone he meets. He added that people never put themselves first around him.

Moreover, Brendan Fraser’s other two sons, Leland and Holden, have also been supportive of Griffin since they were young. As per the actor, one of them always acted as Griffin’s spokesperson, while the other was always the enforcer.

Furthermore, Griffin Fraser’s dad, Brendan Fraser, has adopted a horse named Pecas to look after Griffin. Even if Fraser’s son does not ride him, he gives the horse a brush often. Pecas loves it as Griffin performs the repetitive motion that children on the spectrum have.

The versatile actor Brendan Fraser’s kid, Griffin Fraser, also maintains a secretive life like his other family members. It seems like his parents do not want him and his everyday life to be affected by his dad’s excessive stardom. So, for that reason, neither Brendan nor his ex-wife, Afton, share much about their son, Griffin, before the media.

Though Griffin Fraser lives his life low-key at the moment, he sometimes appears together with his parents and brothers in public. However, his last appearance with his dad and siblings was in 2018.

In 2018, some paparazzi had captured them spending some quality time together at the Fairmont Hotel in Barbados. But, ever since then, Griffin is living a secretive life far from the reach of excess media scrutiny. As a result, any plans about his future are a mystery yet to be solved.

Hopefully, we will get some updates about Griffin Fraser, including his present life and his future plans, in the upcoming days.