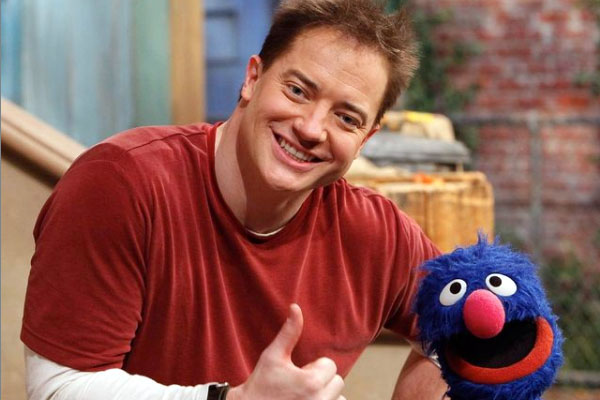 If you are a keen fan of 1990s movies, then you probably are familiar with Brendan Fraser, the pop culture icon famous for the films like The Mummy, George of the jungle, and many more. Besides being a notorious actor, he is also a doting dad to three sons with his ex-wife, Afton Smith, including his son, Leland Francis Fraser.

After disappearing from the limelight for a couple of years, Brendan Fraser finally re-joined the film industry from the film ‘Killers of the Flower Moon.‘ With his comeback, people are again showing interest in his everyday life, including his family. So, here, we will be tailing one of Brendan Fraser’s sons, Leland Francis Fraser.

Well, Leland Fraser is the youngest child of the Encino Man star Brendan Fraser with his former spouse, Afton Smith. The now-estranged pair, Brendan and Afton, welcomed Leland on 2 May 2006, some years after the birth of their two older sons, Holden Fletcher Fraser and Griffin Arthur Fraser.

Leland Fraser’s parents, Brendan Fraser and Afton Smith met for the first time through their mutual friends while attending a Fourth of July Barbecue in 1993. Eventually, the two started dating and exchanged their wedding vows in 1998.

However, Fraser and Smith could not continue their relationship as a husband and wife for long. So, they ended their marriage with a divorce in 2007.

Initially, Brendan and Afton shared the custody of Leland and his brothers, but they mainly reside with their mom in Connecticut. Leland shares a good relationship with both his mom and dad.

Eldest Brother Was Diagnosed With Autism

Brendan Fraser’s son, Leland Francis Fraser, is living a sound and healthy life. However, his eldest brother, Griffin Fraser is autistic since his childhood days. So, as per father Brendan Fraser, his firstborn needs extra love in the world, which he gets from his family.

While speaking to the GQ magazine some years ago, Brendan Fraser revealed that Leland’s big brother is on the autism spectrum. He added that his eldest child often has to deal with problems with feeling, thinking, language, and the ability to relate to others.

Leland Fraser and his other sibling, Holden, are close with his big brother, Griffin. As disclosed by their dad, they are supporting Griffin ever since they were small. While one acted as Griffin’s spokesperson, the other was his enforcer.

We hope all three Fraser brothers still share a great connection with each other and love each other dearly.

Actor Brendan Fraser’s kid, Leland Fraser, also seems to prefer his everyday life low-key, just like his dad and mom. Since Brendan rarely talks about his kids or brings them on the red carpet events, he also looks overly concerned about his children’s privacy.

As a result, Leland is neither available on any of the social media handles nor appears much on his parents’ social media pages.

The last time the media people spotted Leland Fraser with his celebrity dad and his brothers was in 2018, riding a tube at Fairmont Hotel during Barbados vacation. But, lately, there are no updates about him.

However, Leland’s father, Brendan, recently made a comeback with the news of him starring in a couple of upcoming movies. His return to Hollywood movie The Whale got a standing ovation of six-minute long during the Venice Film Festival in September 2022, getting his eyes full of happy tears.

And who knows, Brendan Fraser’s son Leland also might be preparing himself to shine in showbiz. But, for now, we just need some patience and wait for the results. Also, we hope we will get to know more of him shortly.

Leland is of Old English origin, which means one who lives by unseeded land.

Similarly, the middle name Francis is an Old French form of the name Franceis, which means belonging to France.