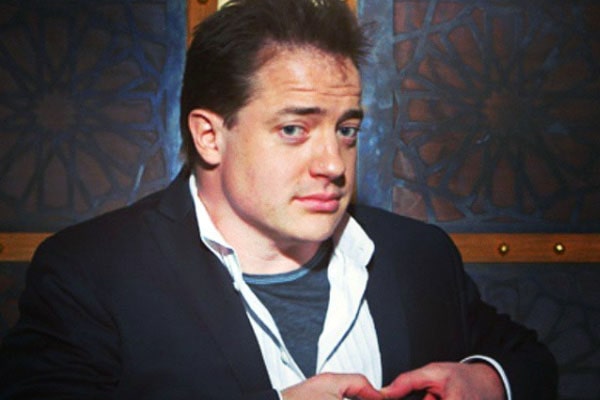 Holden Fletcher Fraser is the son of the notorious Canadian-American actor and producer Brendan Fraser. His dad is mainly notable for his performance in the 1990 and 2000s’ mega-hit films such as The Twilight of the Golds, The Mummy, George of the Jungle, Breakout, and many more. Along with the rising stardom of his father, Holden Fraser is also gaining media attention.

Here, we will be digging into some fascinating facts about Brendan Fraser’s son, Holden Fletcher Fraser. So, please stick with us till the end of this article to know them all.

Second Child Of Brendan Fraser With His Ex-wife Afton Smith

Holden Fletcher Fraser is actor Brendan Fraser’s son with his former spouse, Afton Smith. He is the second child of the now-estranged pair, Brendan and Afton, who came into this world on 16 August 2004. Besides him, his parents have two more sons, oldest Griffin Arthur Fraser and youngest Leland Francis Fraser, whom they welcomed before ending their marriage in 2007.

Aforementioned, Griffin Fraser is the eldest brother of Holden Fraser, who made Brendan and Afton parents for the first time on 17 September 2002. As disclosed by Brendan Fraser in various media interviews that Holden’s big brother, Griffin, has been autistic since his early childhood days.

And ever since he was a small boy, Holden is very supportive of his elder brother and loves spending most of his time with him.

His Paternal Grandparents Are From Canada

Holden Fraser’s paternal grandparents, Carol Mary Genereux and Peter Fraser are originally from Canada. In 1979, his grandpa, Peter, was cross-posted as a Trade Commissioner at the Canadian Embassy in The Hague to the Consulate General in Seattle. The whole Fraser family relocated to the United States and acquired its citizenship after more than a dozen moves throughout the USA, Canada, and Europe.

Further talking about Holden’s grandparents, his grandma, Carol, was a sales counselor. She struggled with cancer and underwent treatments at UWMC and Seattle Cancer Care Alliance for several years. Sadly, Holden’s beloved granny breathed her last breathe on 21 November 2016.

Similarly, Holden’s grandpa, Peter, was a former tourism executive and journalist. As well, he served as a Canadian foreign service officer for the Government Office of Tourism. Besides Holden’s dad, Brendan, he has three older sons with his late wife Carol, Kevin Fraser, Sean Fraser, and Regan Fraser.

Brendan Fraser, Holden Fraser’s dad, claimed some years ago that Philip Berk, the former Hollywood Foreign Press Association president, sexually assaulted him in 2003. He alleged Berk of sexually assaulting him while at a luncheon at the Beverly Hills Hotel, the incident which Berk disagrees.

In an interview with GQ, Brendan said that he believes that he was partly blacklisted in Hollywood due to the aftereffects of the alleged incident.

Holden’s dad, Brendan, revealed the assault took place when Mr. Berk reached out to shake Fraser’s hand. He added that Berk’s left hand reached around, grabbed his ass cheek, and one of his fingers touched him in the taint. Moreover, Berk began moving his hand around.

However, Philip, who is still a member of HFPA, denied the allegations against him. According to the New York Times, he told in an interview that he did no such things.

The versatile actor, Brendan Fraser’s son, Holden Fraser, lives a normal life just like any other ordinary kid. His parents, Brendan and Afton, are doing their best to keep him far from the reach of media people and let him enjoy a peaceful life away from unnecessary media dramas. On top of that, the handsome boy in his mid-teens, Holden, does not seem to be available on any social networking handles.

However, as Holden’s father, Brendan Fraser, is back in the big movies after disappearing for a long time, possibly, we can get to know more about him in the upcoming days. One of the proud son’s moments happened after his dad’s comeback to Hollywood.

During the premiere of The Whale at the Venice Film Festival, Brendan had happy tears after the film received a six-minute long standing ovation. Likewise, people have also speculated Holden’s old man to be at the front of the best Oscars race in 2022. Well, Holden must have been proud of what his father has achieved. Hopefully, Brendan will reveal some hidden facts about his son, Holden, shortly.