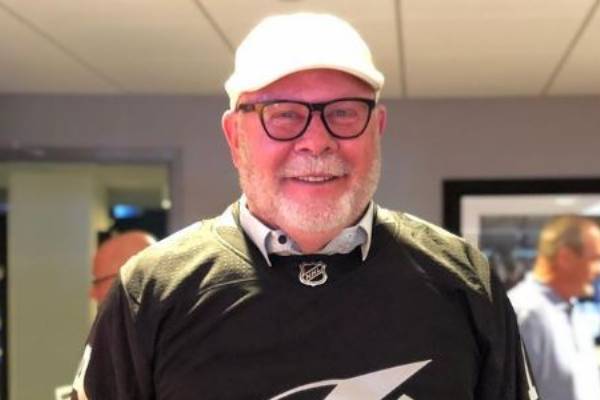 Bruce Arians has worked as a coach for over two decades and has earned significantly. Image Source: Bruce Arians Instagram.

Bruce Charles Arians, also known as Bruce Arians, is one of the well-known names in the sports industry, especially in the NFL world. He is known mainly as the head coach for the NFL team Tampa Bay Buccaneers. He has been serving in the position since 2019, and before that, he had served for a number of teams.

In over four decades of his coaching career, Bruce has helped different teams win many championships and titles. As a result, he has also become one of the successful coaches in NFL history. In addition, Bruce has also gained worldwide prominence because of his position. But, many are curious to know about the income and the wealth that he has amassed over the years.

Thus, in this article, let’s learn in detail about Bruce Arians’ net worth and earning details.

Bruce Arians Net Worth And Earnings

As mentioned earlier, it has already been over four decades since the NFL coach began his coaching career. In all these years of his professional career, he has not only helped his team win several matches but has also bagged many awards and titles himself. Apart from that, he seems to have amassed a massive sum as Celebrity Net Worth has reported that Bruce Arians’ net worth is $20 million.

Likewise, The Richest has reported that he has amassed a fortune worth $10 million to his name. Well, whatever the amount is, he seems to have earned millions. Now the question arises about his income sources, which we will be discussing below.

Earnings As An NFL Coach

In 1989, the Kansas City Chiefs hired Bruce as their running backs coach, and he worked there until 1992. Then, in the 1996 season, he worked for the New Orleans Saints as the tight ends coach. He made a name for himself, and as a result, in 1998, the Indianapolis Colts hired him as their quarterbacks coach.

Nine months later, Arians were named the interim head coach of the team and eventually returned to his role as offensive coordinator in December. In January 2013, Bruce became the 40th head coach of the Arizona Cardinals by signing a 4-year contract with them. The salary that he received from the Cardinals was reported to be $5,000,000.

Bruce’s coaching career with the Cardinals ended in the 2017 season after he announced his retirement from coaching. Although he had a year left in his contract, he finished his tenure with the team. Two years later, in January 2019, Bruce came out of retirement and joined Tampa Bay Buccaneers.

The NFL coach became the 12th head coach of the team after signing a four-year contract with them. The contract was worth $20 million, which included $5 million per year as salary. But given that he has worked on the football field for many years, he indeed must be earning generously.

Earnings As A College Coach

As mentioned earlier, Bruce Arians started playing football at high school. Before graduating from William Penn High School, he had attended York Catholic High School. There he was a standout scholastic quarterback. Then, he went on to attend Virginia Polytechnic Institute and played college football as starter quarterback in a wishbone offense for the Hokies football team. However, his playing career was limited only to college.

While doing NFL assistant coaching jobs, Arians also held positions with Alabama and Mississippi State. According to ZipRecruiter, the average salary of college football coaches is $38,043 per year as of 2022. During his college football coaching days, his salary must have been around the same range. Thus, Bruce must have earned significantly over the years.

Also Read: Know How Much Ron Rivera’s Net Worth And Earnings Is

Apart from coaching, Bruce has also been involved in broadcasting. In May 2018, he joined CBS Sports. There he works with Trent Green, Melanie Collins, and Greg Gumbel as a game analyst for the NFL on CBS.

Furthermore, in 2017, he released a book, “The Quarterback Whisperer: How to Build an Elite NFL Quarterback.” He later revealed that it took him seven years to complete the book. It is priced at $14.99, and he must have earned significantly from the book sales.

As mentioned earlier, Bruce Arians’ fortune is estimated to be $20 million. With multi-million dollar’s worth of fortune, there’s no doubt that he lives a luxurious lifestyle. He resides with his wife Christine Arians and two kids, Jacob Bruce Arians aka Jake Arians and Kristi Anne Arians, in Tampa Bay, Florida. He had purchased the house in the fall of 2020 for $2.5 million.

As Bruce is still very active in his career, there’s no doubt that he will earn more in the coming days. And with the increasing wealth, the Arians family will enjoy a comfortable lifestyle.