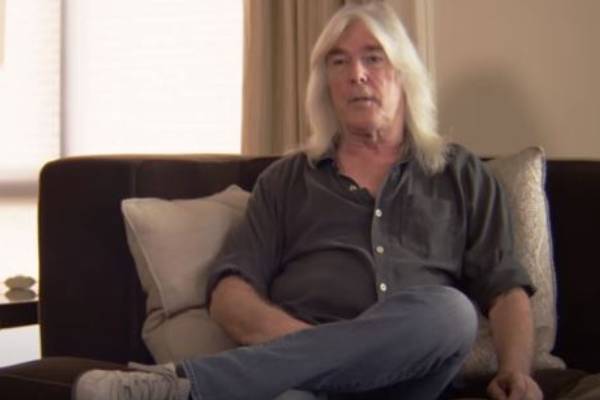 Cliff Williams is one of the most successful bassist in the music industry. Image Source: Social Media.

Cliff Williams is a musician from England who came into prominence as the backing vocalist and bassist of the popular hard rock band AC/DC. In his musical journey, he joined various short-lived bands before finding fame with the Australian band AC/DC. And thanks to that, Cliff has also amassed a tremendous fortune.

According to Celebrity Net Worth, Cliff Williams’s net worth is estimated to be $100 million. Here take a look at how the successful musician accumulated such tremendous wealth and his earning details.

Cliff Williams Net Worth And Earnings

As stated above, Cliff Williams’s fortune is estimated to be $100 million. He successfully amassed such an enormous wealth from his musical career and other ventures that he has been involved in. Well, Williams started his professional musical career in 1967.

In 1970, Williams formed the progressive rock group Home with Laurie Wisefield, Mick Stubbs, Mick Cook, and Clive John and signed a recording deal with Epic Records. Then, in 1971, they released their debut LP, Pause for a Hoarse Horse.

Then, in 1972, the band released a self-titled album featuring their only hit single, “Dreamer,” where Cliff played keyboards. The album peaked at No.1 in the UK album chart. After the band split up, Cliff formed Bandit in 1974, which included Jim Diamond and Graham Broad.

They also released a self-titled album in 1977 after signing with Arista Records.

After recording the 1977 studio album, Let There Be Rock, AC/DC fired Mark Evans and was looking for a bassist. The band that was formed in 1973 in Australia comprised Malcolm Young as a backing vocalist and rhythm guitarist, Phil Rudd on drums, Angus Young on lead guitar, and Bon Scott as a vocalist.

After the band opened an audition for a bassist, Cliff decided to participate and played four jam sessions with the band. Finally, in May 1977, they officially asked him to join AC/DC. Since joining the band, it has released several albums.

Here’s the table showing some of the albums’ sales that the band released after Cliff joined as per The Richest.

Looking at the millions of dollars earnings from the album’s sales, Cliff surely must have received a fair share of income.

These are the few examples of the tours that the band has performed in. As a result, Cliff Williams must have earned significantly from his musical career.

Cliff Williams has gained huge fame and recognition worldwide as the bassist of the band AC/DC. As a result, he must have received several sponsorship offers and endorsement deals from several brands.

Thus, in almost four decades of a musical career, Cliff has worked on several musical projects. As a result, his fortune of $100 million seems considerable. As he is still dedicated to his musical career, it’ll be no surprise to see his fortune rise in the future.

As stated above, Cliff Williams’s net worth is estimated to be $100 million. All thanks to his multi-million dollars of fortune, Cliff is enjoying his privileged and luxurious lifestyle. Similarly, he must have paid a good amount in taxes as well.

Cliff must also be enjoying his comfortable life with his wife, Georganne Williams, and his two kids, Erin Lucas and Luke Williams.

In addition, Cliff might have a great collection of cars and have a good insurance policy as well.

Nevertheless, we can see that Cliff is doing great for himself, and with his fortune, he’s enjoying his life with his family.