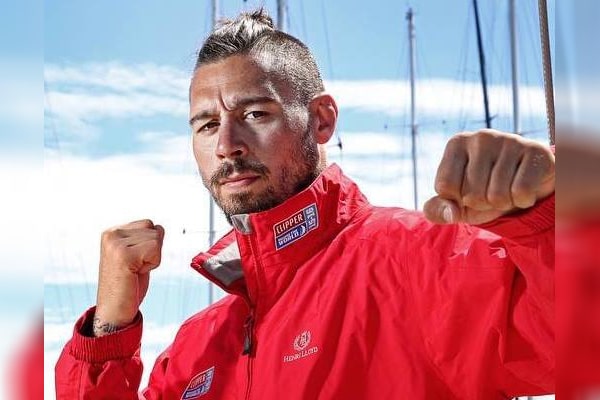 Former professional mixed martial artist Dan “The Outlaw” Hardy is from Nottingham, England, and is a pro since 2004. He fought in the welterweight division for promotions like Cage Force and Cage Warrior before making his debut in the Ultimate Fighting Championship.

MMA fans are not familiar with the British fighter as he retired back in 2012. They rather know him as a broadcaster for the UFC and especially BT Sports.

After some shaky drama with the UFC, Dan Hardy’s net worth is estimated to be over a million-dollar mark. Below let’s look into the income sources contributing to his net worth.

In his fighting days, Dan Hardy rocked a red hair mohawk which was the perfect fit for his punk rock-loving persona. He held the record of 25 wins & 10 losses and was one of the top welterweight contenders during his prime.

Details regarding his pay are undisclosed, but the former fighter recently opened up regarding his title bout with UFC Hall of Famer George St-Piere. In his only chance at UFC gold, Hardy was paid $24,000, which was lesser than what GSP was spending for his training.

He even revealed the sad reality of UFC’s pay compared to fighting with a YouTuber.

Imagine being Usman and knowing that, in less than a round, you can make $10 million beating @JakePaul.

The world seems upside down sometimes.

Nevertheless, fighting is one of the key sources for Dan Hardy’s net fortune.

After calling it quits from the sport, Hardy transitioned into becoming a full-fledged MMA broadcaster. He is now more active with BT Sports since he was let go by UFC due to inappropriate work behavior.

The 39-year-old was earning annually $384,000 from commentary, which is way lesser than his fellow countryman Michael Bisping who earns $1.46 Million annually.

The Brazilian Jiu-Jitsu brown belt once had a back and forth argument with UFC referee Herb Dean for not calling off the fight. Hardy usually covered Fight Night events rather than PPV, which Daniel DC Cormier, Jon Anik, and Joe Rogan handle.

Despite his scene-creating behavior, Hardy’s fight analysis was always in-depth and accurate. Dan Hardy’s net worth was surely being bumped up by the UFC before he was let go. He often appears in the corner of his girlfriend, UFC bantamweight contender, Verónica Macedo.

The 39-year-old is the go-to UFC guy for the London-based sports center. So much so, the former fighter even has his own show titled Breakdown Show, where he gives his analysis before and after the MMA event.

He usually covers the event within an hour and provides insights to further details regarding the fight. With this show, Hardy has fully exploited the wrongs and rights in the fight rather than his commentary days.

Since soccer pundits like Alan Shearer receive around $550,000 annually from BT sports, we can assume them to be paying a similar amount to their UFC guy.

As he is no longer with the UFC, BT Sports is mostly the main provider for Dan Hardy’s net worth.

Outlaw Hardy is one of the co-owners of the Full Reptile brand. It began as a podcast panel and later transitioned into clothing apparel, news forum & CBD supplement.

The main YouTube channel of the same name has a total subscription of 131K. Full Reptile CLIPS and Raptors MMA are Hardy’s other YouTube channels, with almost 2K subscribers on each. Their main channel is estimated to be earning $2,100 to $34,300 yearly.

Their apparel store has varieties of collections and even had a collab with SCRAMBLE X FRC. Other than training, lifestyle, collaborations, accessories, and headwears, the store even sells coffee. The most expensive product is the hoodies which are priced at $84.

Some of its other priced assets are the Medallion Weekender Bag, Bullet Sweatshirts, and Visionary Joggers.

Full Reptile’s CBD supplement website includes only CBD oil. The most expensive product is the 500 ML FRC MCT CBD Oil, priced at $97.00. It seems Dan is doing fine, knowing that he was fired from the UFC.

Dan Hardy was married to Lacey Anna Luna, a senior-level Bikram Yoga instructor, and an aerial performer. Details regarding their divorce are undisclosed.

It was only revealed when the former fighter was spotted with the Venezuelan fighter, Verónica Macedo. The pair married in 2014 and parted ways some years later.

Aside from his divorce, Hardy’s most controversial moment might be his shocking release from the UFC. He already shared bad blood with its management due to the Herb Dean scene. However, UFC released him after a backstage misconduct incident when he harassed a female colleague.

Hardy has come forward, breaking his silence by how UFC falsely accused him and even has a good relationship with the alleged victim.

Nonetheless, 2019 Broadcast Analyst of the Year is doing fine despite not staying active in the UFC. With all his side ventures, Dan Hardy’s net worth will only increase in due time.

We wish him the very best for his overall well-being and future endeavors.