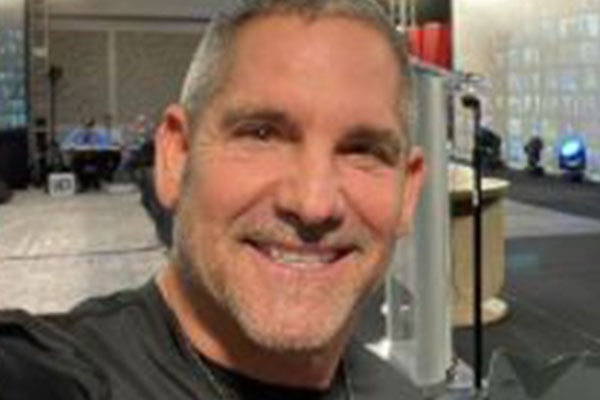 Born in Lake Charles, Louisiana, Grant Cardone is a famous American motivational speaker, author, sales coach, and real estate investor. He is a well-known business person who has written eight books and runs thirteen business programs. He is most famous as the CEO of Cardone Capital, a real estate investment company. Apart from the Cardone Capital, he is also the CEO of six other privately-held companies.

Grant Cardone is renowned as one of the wealthiest personalities in the business world. According to Wealthy Gorilla, the famous business tycoon Grant Cardone’s net worth is $300 million. He amassed such an enormous wealth from different business ventures, books, and real estate investments. Now, let’s learn more about how Cardone accumulated a massive fortune to his name and his professional career.

Grant Cardone Net Worth And Career

As stated earlier, Grant Cardone’s fortune is $300 million. He is still expanding his business and is making enormous money from his numerous ventures.

These books written by Cardone have sold millions of copies and have also received good reviews. Two of his books, The 10X Rule and If You’re Not First, You’re Last, are popular among readers and were New York Times Bestsellers. He must have made a good fortune from the book sales.

Is A Real Estate Tycoon

Most of the wealth amassed by Cardone comes from his real estate empire. He single-handedly built a real estate investment company, Cardone Capital, which has been involved in $425 million worth of transactions. The company reportedly owns a $500 million value of investment properties throughout the USA. Cardone discovered his interest in a real estate business from a very young age when he visited real estate properties with his father as a family outing.

However, Cardone actually got involved in real estate at the age of 29 by buying a single-family home in Houston. He had rented out the property but quickly sold it out after the tenants left. After five months, he bought his first multifamily complex, a 38-unit complex, in San Diego for $1.9 million. He had paid a down payment of just $350,000. He continued to purchase more complexes, and by 2012, Cardone Capital owned 1016 apartments for a total of $58 million.

At one point, Cardone Capital owned and controlled $800 million worth of Grant Cardone real estate. He once said that he had bought and sold almost over a billion dollars worth of the real estate. In 2020, Cardone Capital had purchased four properties worth $350 million. Back in July 2020, the company had purchased 7,222 units total worth $1.7 billion. Even after finding much success in the real estate world, Grant is still dedicated to his business, so his fortune might increase in the days to come.

Apart from the Cardone Capital, Grant also looks after several other companies. He is the owner of other multi-million-dollar companies like the Cardone Group, Cardone Real Estate Holdings, and Cardone Enterprises.

Apart from that, Cardone also owns and operates Cardone Training Technologies, Cardone Acquisitions, Cardone Univerity, and Grant Cardone TV Network. Grant must have accumulated significant income from the companies that he has established over the years.

Is A Motivational Speaker

Besides being one of the most successful business people, Grant is also a motivational speaker. He attends various seminars and programs and gives inspirational speeches. He also has his own website, which mentions several motivating topics.

Apart from business ventures, Cardone also earns from his merchandise store. Here are some of the items of the store, along with their price.

Cardone has earned significantly from the store.

Has Been Involved in Various Other Ventures

No doubt that Grant Cardone has earned immense fame and wealth from his business ventures and books. Apart from that, he also hosts podcasts and programs. Cardone worked at Freedom Motorsports Group Inc. as the CEO. Furthermore, he helped develop the reality series Turnaround King of National Geographic, which aired in 2011. He also owns a digital advertising agency, 10X Productions.

Cardone has also earned from the Discovery Channel’s Undercover Billionaire reality show. In 2017, Cardone was named #1 of the “25 Marketing Influencers to Watch” by Forbes. He is still very dedicated to his career, so there’s no doubt that Grant Cardone’s massive fortune will increase in the days to come, and who knows, he might become a billionaire soon.

As stated earlier, Grant Cardone’s net worth is $300 million. With wealth like that, he is living a comfortable and lavish lifestyle. He resides in Miami, Florida, with his family. Previously, they used to reside in Los Angeles, California. Grant Cardone is married to Elena Lyons, who is an actress by profession. She has starred in numerous films and series and has earned significantly from acting ventures. Hence, Grant Cardone’s wife Elena Lyons’ net worth must be in the millions.

Grant Cardone lives a comfortable life with his family. Image Source: Elena Cardone Instagram. Thanks to his multimillion-dollar fortune, Grant Cardone can afford various exotic cars like Rolls Royce (price: $455,000 – $535,000), Bentley (price: $216,700), and many others.

Going through his Instagram, we can see that he also travels via private jets and uploads pictures from frequent family vacations they have been to.