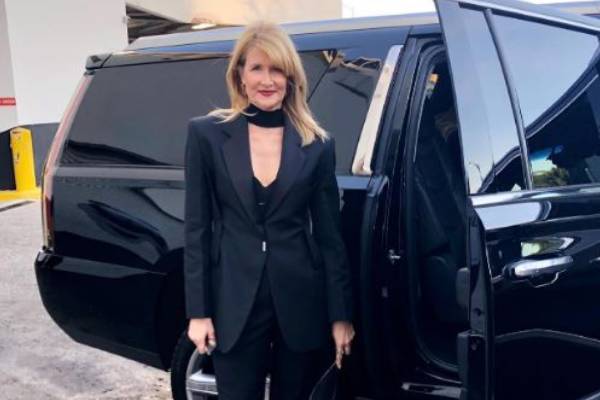 Laura Elizabeth Dern, aka Laura Dern, is a popular name in the entertainment industry. She is an actress who mainly rose to prominence for her role as Dr. Ellie Sattler in the famous movie Jurassic Park. She has not only pocketed a handsome salary from the different projects that she has been part of but has also gained significant fame.

Laura has a huge fan following globally, and these fans are curious to know about her personal life and earnings. She is often surrounded by questions regarding her earnings and riches. Thus, in this article, let’s find out about Laura Dern’s net worth and earnings.

Laura Dern Net Worth And Earnings

Aforementioned, Laura Dern is a well-known name in the entertainment world. She has been involved in the acting business for several years now. Thus, people have speculated that the actress has amassed millions to her name.

Well, people’s speculation has turned out to be true, as Celebrity Net Worth has reported that Laura Dern’s net worth reportedly is $20 million. Most of her wealth comprises her earnings from acting ventures. Thus, let’s further learn about Laura’s income sources.

Laura Dern was born to actor parents Diane Ladd and Bruce Dern. At the age of six, she made her film debut in the 1973 movie White Lightning, along with her mom but was uncredited. The following year, she again appeared with her mom as an extra in Alice Doesn’t Live Here Anymore.

After that, Laura starred in different movies, which further increased her fame. Her role in the movie Blue Velvet was regarded as her breakthrough performance. Then, she was cast in the 1993 film Jurassic Park in the role of Dr. Ellie Sattler, which gave her international recognition.

Apart from these, there are several movies that Laura has acted in. Some of them, along with their box office collections, are shown in the table below.

Furthermore, in 2022 Laura reprised her role in Jurassic World Dominion. The fans are thrilled to see their favorite characters back in this movie. Let’s hope the film also becomes a huge hit and earns a considerable amount.

The American actress’ film career has helped her earn a considerable amount. As a result, Laura Dern’s net worth has increased significantly over the years.

Apart from movies, Laura has also made a good name for herself through the series. Dern made her debut into the television world in 1980 by appearing as Amy Sims in the television series Insight. The following year, the actress appeared in another show, Shannon.

Some other television series that Laura has starred in are Enlightened, Kroll Show, Twin Peaks, Big Little Lies, F Is For Family, etc. As she has immense experience and has established herself as one of the successful actresses in Hollywood, she must have received a hefty amount from those series.

Laura is set to appear in the new television series Mr. and Mrs. American Pie, which is in the pre-production phase. Let’s wish her all the best for the projects, and let’s hope she earns considerably from it.

Also Read: Know How Much Billy Porter’s Net Worth And Earnings Are

As per her IMDb, Laura has 95 acting credits. Besides that, Dern also has few credits in the filmmaking sector. She has worked in different movies and television series as a producer, writer, and director.

Similarly, other projects that she has worked on as a producer are If Anything Happens I Love You, The Way I See It, Mr. and Mrs. American Pie, and Morning.

Besides producing, Laura has also directed the television movies The Gift and Call Me Crazy: A Five Film. Furthermore, Laura was a writer in 18 episodes of the television series Enlightened.

Furthermore, because of her immense popularity, Laura has received lucrative deals for brand endorsements. She has endorsed different brands like True Botanicals, Modern Luxury, The GAP, Planters Nutrition, Gucci, Van Cleef & Arpels, and many others.

These brands must be paying her significantly as per the endorsement deals. As a result, Laura Dern’s net worth is now counted in millions.

Laura Dern has been enjoying her successful career for a long time now. Her professional success has provided her with immense happiness and blissful life. But life is a mixture of ups and downs.

Although she has a successful professional life, the same cannot be said for Laura’s marital life. She was married to the musician Ben Harper for five years. They had exchanged vows on December 23, 2005. In ten years of being together, the ex-pair welcomed two children together.

In October 2010, Laura Dern’s ex-husband filed for divorce, citing irreconcilable differences. As per the court documents, the ex-duo had already separated in January 2010. Similarly, he asked for denial of spousal support.

Furthermore, Laura and her estranged husband had tried to reconcile in 2012, but it could not be successful. Then, she filed for her response to his divorce petition, where she demanded primary physical custody of their babies.

Three years later, Laura and Ben’s divorce was finalized. The terms and conditions of the divorce were made confidential. But it has been reported that the actress and musician did not get any sort of alimonies. The Jurassic Park actress also received “minimal” child support while sharing the joint custody of their kids.

The settlement might have made a dent on Ben Harper’s net worth of  $10 million. But, he must have covered it from his musical ventures. Although the divorced couple shared joint custody, Laura got to stay with the kids more often than Ben. Even though they are divorced, the duo makes time for family events for the sake of their kids.

As stated above, Laura Dern’s fortune is estimated to be $20 million. Looking at her income sources, her riches seem to be reasonable. Furthermore, because of her multi-million dollar worth of fortune, she must be able to afford a luxurious lifestyle.

Going through her Instagram, we can see that the actress has traveled to different places with her kids. Moreover, she must have invested some portion of her wealth in real estate. She and her kids reside in a colorful, bohemian house ticked into LA’s Mandeville Canyon.

The house is filled with books, arts, and movie props which were gifted by the likes of Steven Spielberg. Her home has been adored by many fans around the world.

Moreover, Laura is an Audi Partner. She drives different models of cars on different occasions from the company.

Thus, Dern must be living a comfortable lifestyle with her kids. Nevertheless, let’s hope Laura Dern’s net worth increases significantly over the years so that she continues living her best life.