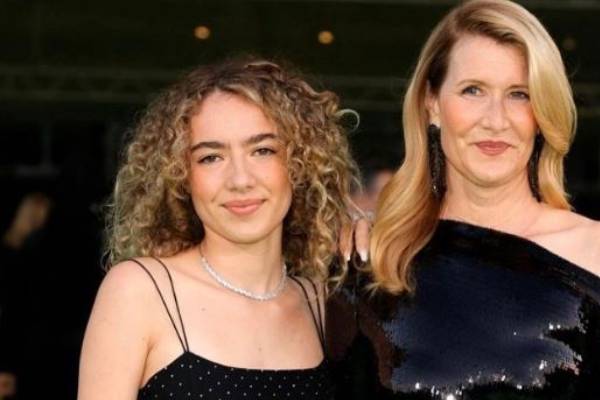 Laura Elizabeth Dern, also known as Laura Dern, is an actress and filmmaker from America. She is known for her role as Dr. Ellie Sattler in the science fiction adventure trilogy Jurassic Park. In 2022, she reprised her role in the last film of the Jurassic World series Jurassic World: Dominion.

Laura is known for her exemplary acting skills, which she has showcased in different movies and television series. The successful actress also is a doting mother of two children. So, let’s learn in detail about Laura Dern’s daughter Jaya Harper and see what she is doing these days.

Jaya Was Born Before Her Parents Got Married

The popular actress Laura Dern was married to the renowned musician Ben Harper. The couple had met at one of Ben’s concerts in the fall of 2000. The duo began dating shortly after, and on December 23, 2005, they exchanged the vows at their home in Los Angeles.

Laura Dern’s daughter, Jaya Harper, was born on November 28, 2004, a year before their marriage. At the time of her birth, Jaya’s dad and mom were engaged. The news of her arrival was shared with the media by Laura’s spokeswoman Cara Tripicchio.

Jaya has an elder sibling who is three years older than her. Her brother Ellery Walker Harper was born on August 21, 2001. She and her brother grew up having a wonderful time together in a loving household.

Has Followed In Her Mom’s Footsteps

Jaya Harper’s mother, Laura Dern, has made a good name for herself in the acting industry. Dern began her acting career in 1973 and is still engaged in the profession. She has established herself as one of the most successful actresses of all time.

Laura Dern’s daughter Jaya seems to have followed in her footsteps. Although she is still in the junior level, she has already ventured into the acting world. In 2021, she made her acting debut in the movie Teenage Emotions. Prior to that, she had already appeared on Entertainment Tonight.

Moreover, going through her Instagram, we can see that she has modeled for photographers like Damon Baker.

Let’s hope Jaya continues to make a name for herself in the acting world as her mom did.

Apart from acting and music, Jaya wants to do something in the field of social justice. Laura Dern’s baby girl is a passionate and outspoken advocate. Moreover, her Twitter bio reads, “It’s time to make a change,” and she often tweets about different social injustices happening in the USA.

Furthermore, Jaya accompanied her mom to the 2019 Golden Globe Awards, in which Laura was nominated for the movie The Tale. That year, the attendees wore a “#TimesUpx2” that Arianne Philips designed. It was done to support the Time’s Up and Me Too Movement.

Laura revealed that Jaya wanted to be there because of the movie, which is about childhood sexual abuse. And Jaya stated that she supports the moment because she wants her generation to not have to say #MeToo.

Laura Dern is here at the Globes with her daughter Jaya, a 14-year-old activist. “I want my generation to not have to say #metoo,” said Jaya, who’s also working with Everytown for Gun Safety pic.twitter.com/EWtMU8TTNB

Moreover, Jaya accompanied her mom in speaking out against gun violence at the March For Our Lives. The mother and daughter duo also support the group Everytown for Gun Safety.

Jaya is a dedicated social advocate, and she’s gaining a lot more admirers due to bold action.

Her Parents Are No Longer Together

Sadly, when Jaya was eight years old, her dad and mom got divorced. In October 2010, her dad, Ben Harper, filed for divorce, claiming irreconcilable differences. He revealed that they had been separated since January and sought joint custody of Jaya and her brother, Ellery.

Jaya’s parents had tried to reconcile in 2012, but after the reconciliation failed, her mom filed her response to her dad’s divorce petition. Moreover, Laura also demanded primary physical custody of the kids.

In September 2013, the divorce was finalized and the proceedings were done privately. Later it was revealed that neither of the party received any sort of spousal support. Jaya’s mom received “minimal” child support and shared joint custody.

Although Laura and Ben are no longer together, they still have the usual family time for the sake of Jaya and her brother.

Nevertheless, Jaya seems to be doing great in her life, and let’s hope we get to know more about her in the future.

The name Jaya has an Indian origin, and it means Victory.