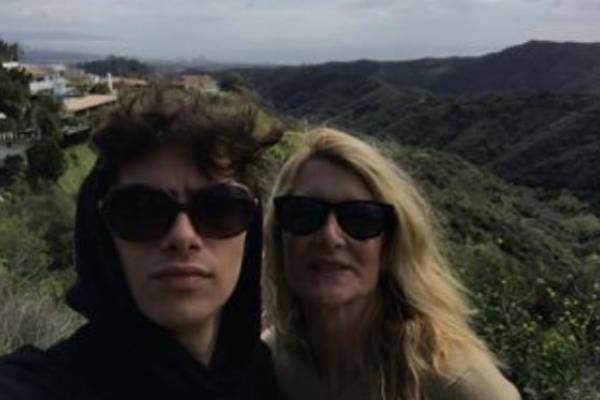 Laura Dern is a well-known actress who mainly gained worldwide prominence after starring in the movie Jurassic Park. Apart from that, she has acted in numerous other films and television series, which has increased her fame.

Born Laura Elizabeth Dern, Laura is a doting mother of two children, whom she shares with her ex-husband Ben Harper. The actress raised her kids as a single mom and kept them away from the media limelight until they were fully grown. Fans have shown interest in knowing about her son and daughter.

The Eldest Child Of His Parents

The well-known actress Laura Dern and the popular musician, Ben Harper were once married. The former duo first laid eyes on each other at one of Ben’s concerts in the fall of 2000. Shortly after, Ben and Laura got into a relationship. On December 23, 2005, the lovely pair took their relationship to the next level by getting married at their house in LA.

Although they had gotten married in 2005, the love birds had already grown their family of two to four. Four years before their marriage, on August 21, 2001, Laura Dern’s son Ellery Walker Harper was born. Moreover, she revealed that Ellery had surgery at birth, which was life-threatening. But she did not reveal the type of complication.

Ellery is the eldest child of the couple, and he has a sister who is three years younger than him. Ellery Harper’s sister Jaya Harper was born on November 28, 2004.

The Harper siblings have a great bond, and if they are free, they make time to hang out together. Ellery and his sister must have grown up having a wonderful time together.

Sadly, Ellery’s parents are no longer together. When he was nine years old, they separated and their divorce was finalized in 2013. His mom received minimal child support while sharing joint custody. Although Ben and Laura are no longer married, they still have family time during different festivals for the sake of Ellery and his sister.

Laura Dern’s Son Is A Model

All thanks to her exemplary acting skills, Ellery Harper’s mother, Laura Dern, has established herself as one of the most successful actresses of all time. Similarly, his dad has also made a good name in the music world. Not only that, his sister, Jaya, is also working her way towards acting and music.

However, Laura Dern’s son, Ellery, seems to have a different career interest. He is an upcoming model and has already worked on a few projects. He was into different sports like skateboarding and surfing. But in an interview, Laura’s eldest child disclosed that he is interested in modeling, and his main focus was on design.

Ellery and his mom used to attend different fashion shows like the Calvin Klein fashion show and sat on the front row. He would have made his modeling debut earlier, but his dad, Ben Harper, wanted to wait a little bit more. After his 17th birthday, Ellery Harper’s father allowed him to model.

In September 2018, Laura Dern’s baby boy made his New York Fashion Week debut when he walked at Raf Simons‘ Calvin Klein Show. Raf had asked Ellery to walk in his February 2018 show, but Ellery’s dad wanted him to wait a little bit.

Similarly, in March 2021, Ellery made his magazine cover debut by posing for the prestigious magazine ODDA. In November 2021, he and his mom were the front faces in a gender-neutral capsule collection of American label Proenza Schouler.

According to the label’s co-founders and designers Jack McCollough and Lazaro Hernandez, the collection was created in collaboration with Mercedes-Benz and was inspired by the great American road trip.

Ellery must be earning significantly from his modeling ventures as he has already signed for paid partnerships with different brands. Nevertheless, let’s hope we get to see Ellery as one of the top models of all time.

Ellery Was In A Relationship

Laura Dern’s son, Ellery Harper, seems to be doing well in the modeling field. Apart from that, his personal life has also been a topic of interest for many people.

Previously Ellery was said to be in a relationship with Beanie Boylston. The couple was often spotted together, and they even attended the premiere of Marriage Story with Laura. Furthermore, on her Instagram, Ellery Harper’s girlfriend posted cute pictures of them together.

However, since 2019, there are no pictures of Ellery and Beanie together. Ellery’s Instagram is fully dedicated to his professional works. Similarly, in August 2021, Ellery’s partner posted a picture of her kissing another guy whose Instagram name is Junior Varsity.

Thus, it seems like Beanie and Ellery have ended their relationship. It must have been hard for the ex-couple. Nevertheless, let’s hope Ellery finds his soulmate real soon.

Nonetheless, Laura Dern’s son seems to be doing great in his personal life and professional career. Let’s hope we get more information about him in the coming days.