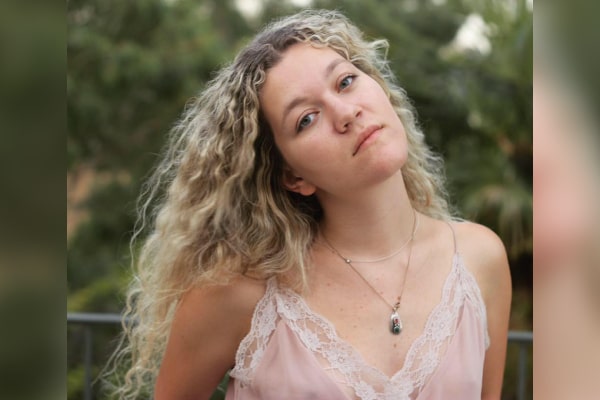 If you have watched an American TV series Longmire, you must recognize Adolfo Larrue Martínez III, aka A Martinez. Well, he was the one who portrayed Jacob Nighthorse in the series. With his career spanning fifty-four years, the Daytime Emmy Awards-winning actor has starred in hundreds of movies and television series.

Along with his rocking career as an actor and singer, the California native leads a wonderful family of five, including his wife of forty years, Leslie Bryans, and three lovely kids. So, today we will look at the personal and professional life of A Martinez’s daughter, Ren Farren Martinez.

Is The Youngest Baby

Born in September 1993, Ren Farren Matinez is the youngest daughter of Leslie and A Martinez. She appears to have inherited many traits from her parents. The baby girl of the Martinez couple looks a lot like Leslie. Similar curly and blonde hair, smile, you might even get confused if Ren is really Leslie’s daughter or her younger self.

Followed In Her Parents’ Footsteps

As per her Facebook account, A Martinez’s daughter presently lives in Los Angeles, California. She completed her high school education at Malibu High School in Malibu, California. As the daughter of musicians, Ren Farren appears to have inherited some good skills from her parents. Not only that, but she even earned her undergraduate degree in music. Apparently, the actor’s baby girl studied popular music performances at the University of Southern California.

In addition, the Longmire star’s little girl is pursuing her career in the music industry. She has released several songs. Her popular albums are Good Girl and Where I Am Wild. Likewise, Uncool, Lose the Night, See Me Through, and Crier are her top-rated singles. We can listen to her beautiful song via her Spotify account, Sound Cloud, and iTunes account.

Also, the young singer performs at various venues and functions organized by production companies. For instance, she performed at Madame Siam in Hollywood, organized by A Mighty Lamb Production, in August 2019. Recently, she sang for a Celebration of Joni Mitchell at the Odyssey Theatre Ensemble with John Claudes in June 2022. Plus, the beautiful lady has a link of the Odyssey Theatre in her bio. Might she be working as a singer there?

Furthermore, the veteran actor’s daughter must be earning a reasonable sum with her career as a singer. It is reported that singers in LA earn an average salary of $53,328 per year. Not only that, but she might also earn from shows.  As a result, Ren Farren’s net worth must be a considerable sum. On the contrary, her father, A Martinez, has amassed a massive fortune of $8 million with his career as an actor and singer.

Is A Martinez’s Daughter Dating Anyone?

Scrolling through her social media accounts, we can see that the Good Girl singer is a lively person. Talking about her love life, Ren has not revealed much. But, during her college days, she dated Scott Heiner. They looked so good together. However, Ren has not been sharing any news about her love life since 2015. Thus, it is not confirmed whether the love birds are still together or not

Additionally, the younger Martinez has good friendships with guys named Alex Pachino and Brian Robert Jones. She often shares photos together with them.

Nonetheless, A Martinez’s daughter has grown up and has graduated with a degree of her choice. She is working as a singer and has also released several albums and songs. Let’s hope she opens up about her love life in the coming days. We wish Ren Farren Martinez more success in the coming days.

Ren is a name of Japanese origin that means Lotus. Meanwhile, the gender-neutral name Farren is of British origin, meaning Adventurous.