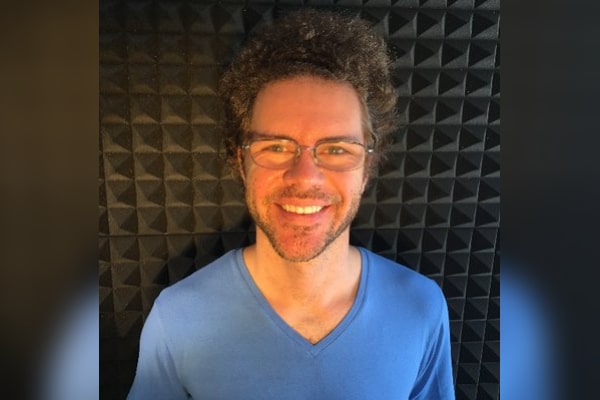 Cowboy Bebop and Longmire star Adolfo Larrue Martinez III, or simply A Martinez, has been winning the hearts of millions with his epic acting skills. The actor, producer, and writer has several prestigious awards under his belt. The three-time ALMA Awards winner is also a talented singer.

Besides his flourishing career, the California native is a loving husband to his wife of over four decades, Leslie Martinez or Leslie Bryans, and a doting dad to their kids. Although he was married to Mare Winningham briefly in 1981, he didn’t welcome any babies with her. Besides, both of the actor’s daughters have followed in his footsteps.

But where is his only son, and is he also involved in the music and film industry? Let’s get to know A Martinez’s son, Dakota Lee Martinez, in this article.

Is The First Baby

Dakota Lee Martinez, shortly, Dakota Martinez was welcomed by his parents on 25 July 1986. The eldest Martinez has two younger sisters, Devon Makena Martinez, and Ren Farren Martinez. The latter was born in September 1993. The Martinez bunch shares a solid bond. In addition, they show their resounding support for each other’s careers via their respective social media accounts.

As mentioned above, Dakota’s younger siblings have followed in their father and mother’s footsteps. Ren Farren graduated and earned her degree in popular music performance at the University of Southern Califonia and is a passionate singer. Likewise, Devon Makena has got some acting credits. She attended Yale University and the London Academy of Music and Dramatic Art.

After finishing his formal education, A Martinez’s son joined Santa Monica College in 2005 and explored different disciplines like psychology, political science, and music. He also began his serious pursuit of music there. As per his LinkedIn account, David Goodman and Cindy Bourquin were his instrumental mentors.

Later, Dakota transferred and continued his undergraduate study at Pitzer College. He graduated with a bachelor’s degree in music in 2010. Moreover, the handsome guy studied HTML, CSS, JavaScript, jQuery, Ruby, etc., at Codecademy Labs in 2015. Apart from that, he has completed various courses related to software engineering and has license and certifications in Responsive CSS with Sass and Compass, WordPress: Developing with Sass and Grunt.js, and making a Website with Node.js and Express.

A Martinez’s Son Is A Lecturer

Adolfo and Leslie Martinez’s son, Dakota, is a web developer, teacher, and singer-songwriter. He has a passion for balance which he applies to his love of music and technology. As for his current profession, he serves as a Lecturer at Flatiron School. Initially, he was a technical coach at the school since November 2016 and eventually climbed up the ladder slowly.

The young singer is a co-founder of SandraKota, which he started along with Swedish musician Sandra Pehrsson. In addition, he works as a singer and songwriter at SandraKota, New Old, and Magic House Music.

Previously, he was an instructor at Girls Who Code for a short while and office manager at AcoustaGrip for three years. Furthermore, the lecturer has his own website where he shares his knowledge related to coding. He also has released an album and has sung at the Motley Coffee House in Claremont, California.

With his involvement in both music and IT (Information Technology), the eldest Martinez must be earning a good amount. Also, a lecturer makes $103,922, and a singer earns $72,724 yearly. Thus, Dakota Lee Martinez’s net worth must be a significant sum. On the other hand, his dad has accumulated a massive fortune of $8 million.

A Martinez’s son lives in Los Angeles, California. Talking about his love life, back in the mid-2000s, he used to share a lot of pictures together with Laura McPherson. It was evident that they had a special relationship that was above friends. However, it is unclear whether the pair is still together or not. Anyways, Laura is from Woodbury, Minnesota, and is an associate professor at Dartmouth College. Also, Dakota Lee Martinez’s supposed partner lives in Hanover, New Hampshire

All in all, the veteran actor’s son has a deep passion for music and technology. On top of that, he is pursuing both. Although he doesn’t seem to have married as of now, he appears to be enjoying his life to the fullest. Let’s hope Dakota Lee Matinez will continue succeeding and live peacefully in the coming days.

Dakota is a name from a Native American Sioux tribe that means Friend or Ally. Similarly, Lee is a name of English origin that means clearing in the woods or meadow.