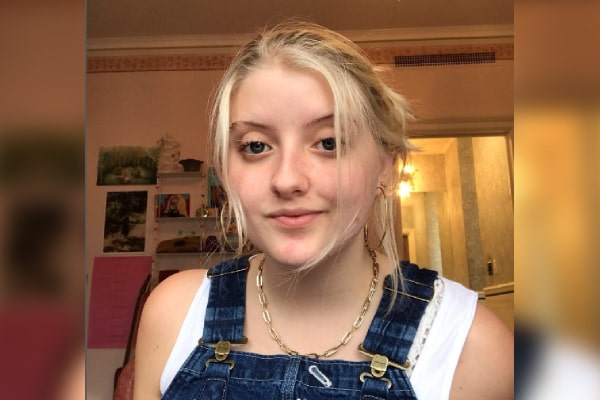 Anthony Charles Edwards, simply Anthony Edwards, is the one who portrayed Dr. Mark Greene on the American medical drama television series ER. Having earned his undergraduate degree in theatre at the University of Southern California, the California native has demonstrated himself as one of the most successful actors in the industry.

Behind the camera, Edwards is a loving spouse to Mare Winningham and a doting father to his kids, whom he had with his ex-spouse, Jeanine Lobell. In this article, let’s get to know Anthony Edwards’ daughter, Poppy Edwards.

Anthony Edwards tied the knot to Jeanine Lobell in 1994, and their union lasted until 2015. During their twenty-one years of marital life, the former couple welcomed four adorable kids, Poppy, Wallis Edwards, Esme Edwards, and Bailey Edwards. Among them, Poppy is the youngest, born on 15 March 2002.

Born on 1 June 1994, Poppy Edwards’ elder brother, Bailey, seems to have inherited some good acting skills from their dad and is working hard to establish himself in the entertainment industry. He starred in M.O.M Mothers of Monsters as Jacob Bell in 2020.

Likewise, Poppy’s elder sister, Esme, was born on 29 January 1997. The 25-years-old girl holds an undergraduate degree in social work from Skidmore College. Not only that, but the eldest daughter of the ER star is pursuing her master’s degree in clinical psychology from Antioch University in Los Angeles. On the other hand, Poppy’s second eldest sister, Wallis, was born on 1 September 2000. She completed her formal education at The Dalton School in 2019 and is attending her dream university, Pitzer College.

Furthermore, Poppy and her elder siblings share a close-knit bond. They don’t seem to miss the opportunity to spend time together and wish each other on their special days.

Close With Her Parents

Anthony Edwards’s daughter Poppy is 20 years old. The youngest Edwards seems to have grown up spending a lot of time with her parents. For instance, in 2017, Poppy went on a ski adventure with her father and they seemed to have had fun.

Moreover, the youngest Edwards took ballet class when she was little. Her mother shared a cute picture of her in dance costume, and she looked so adorable.

The youngest Edwards went to The Dalton School and completed her formal education in 2020. Apparently, her elder siblings, Bailey and Wallis also graduated from the same school.

Currently, Poppy Edwards is attending Pratt Institute in New York City. However, the adorable girl has not revealed her major subject. In addition, Jeanine Lobell’s daughter appears to be enjoying her life to the fullest. She often uploads pictures of her hanging out with her friends and family on her Instagram feed.

Is Poppy Dating Anyone?

Anthony Edwards’ baby girl has already grown up and is a university student. Talking about her love life, she has remained silent. However, once she shared a series of photos with a guy. While wishing him a happy birthday, she addressed him as her husband.

Going through her social media, we can get some hints about her love life. However, she has not directly revealed about her lover. Hopefully, we will soon know about Poppy Edwards’ partner.

Altogether, Anthony Edwards’ daughter has grown up to be a beautiful girl. She is attending Pratt and must be working hard to get her dream job. Let’s hope the youngest Edwards will achieve great success in the coming days.