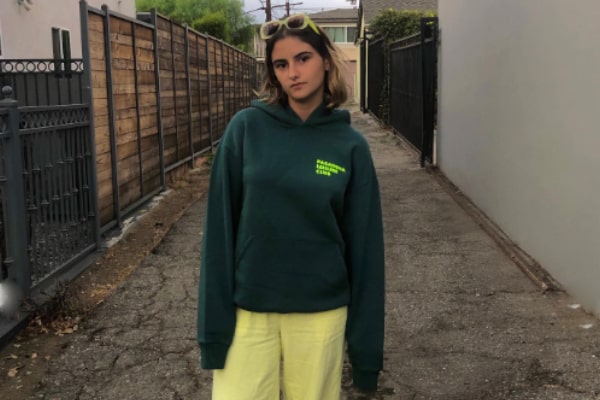 The California native actor Anthony Edwards has starred in several hit TV series and movies, including ER, Top Gun, Revenge of the Nerds, etc. In addition, the award-winning actor-director has amassed a huge name and fame within his several decades-long career.

Currently, Edwards has been happily married to Mare Winningham since 2021. Besides, the Designated Survivor actor is a doting father to his four kids, whom he had with his first wife Jeanine Lobell. Thus today, let’s get to know Anthony Edwards’ daughter Wallis Edwards in detail, including her education and lovelife.

Is The Third Child Of Her Parents

Wallis was born on 1 September 2000. Before her, Wallis Edwards’ parents welcomed her elder brother, Bailey Edwards, on 1 June 1994, and her sister Esme Edwards on 29 January 1997. In addition, she has one little sister, Poppy Edwards, who joined them on 15 March 2002.

Furthermore, the Edwards bunch share a solid bond. They often upload pictures on their respective social media platforms. Not only that, but they never miss wishing one another on special days. Also, her elder siblings have already completed their undergraduate studies. For instance, after receiving her bachelor’s degree from Skidmore College, Esme is studying clinical psychology at Antioch University.

Likewise, Bailey is a 2016 graduate of Williams College and is following in their dad’s footsteps. Finally, Poppy has also completed her high school education and is attending college.

Well, Wallis and her siblings were already grown up when their parents ended their marriage. Hopefully, they are spending time both with their father and mother.

Is Attending Her Dream College

Anthony Edwards’ daughter went to The Dalton School and earned her high school degree in June 2019. Currently, she is attending Pitzer College in Califonia. Moreover, Wallis Edwards’ mom, Jeanine, shared a clip where she and her sister were overwhelmed by the happiness of getting into the university.

Wallis’s mama, the founder of Neen and Stila Cosmetics, also congratulated her beloved daughter and said she had always been a total genius girl. However, her major has not been revealed. But, hopefully, she must be studying something as per her interest.

As already stated, the director’s baby girl is a college student. Going through her social media handle, one can see that the beautiful girl is enjoying her life. Speaking of her relationship status, it is yet to be revealed. She at times uploads photos of guys on her Instagram, but mostly of her best friends. So, will she ever post about her lover too?

As a result, it is not known who is Wallis Edwards’ boyfriend.

Nonetheless, Anthony Edwards’ baby girl has grown up and is attending her dream college. In addition, Edwards and his ex-wife seem to be very supportive of their girl’s career. We wish Wallis a bright future ahead.