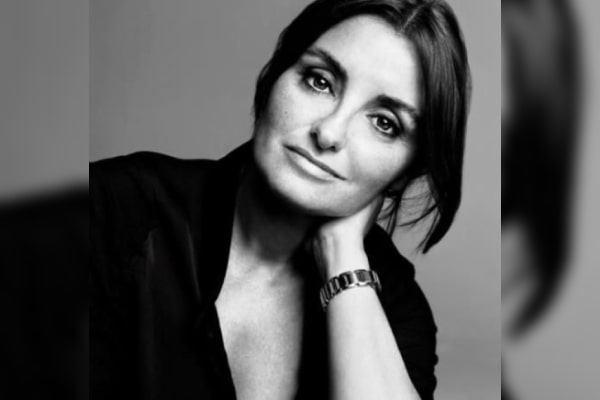 Born Anthony Charles Edwards, Anthony Edwards is a household name in the American entertainment industry. The talented actor is best known for his role as Dr. Mark Greene in the medical drama ER. With his career spanning five decades, the California native has starred in several hit TV series.

Aside from his flourishing career, the Golden Globe Award-winning actor-director is a proud father to his children, whom he shares with his ex-spouse, Jeanine Lobell. So, where is former Mrs. Edwards now? Let’s get to know Anthony Edwards’ ex-wife, including some interesting facts about the beautiful woman.

Grew Up In Sweden

Jeanine Lobell’s parents are from Queens but she grew up in Sweden. Later her family moved to London. When she was sixteen-seventeen, the director’s ex-spouse noticed the evolving fashion everywhere in the city. But, until one of her best friends enrolled at a makeup school, the beautiful lady didn’t know about the scope of being a makeup artist.

Eventually, Jeanine also decided to go to makeup school. Later, she joined the makeup school, named Complexions London School of Makeup, as she was into makeup. But, it was only after she went to mime school, as she wanted to join the circus. She was not good at school. Then, she moved to Paris and studied with Marcel Marceau‘s teacher for two years. From Paris, she moved to the United States, where she worked at a Chanel counter.

Afterward, Lobell moved to LA and started doing makeup on jobs. She didn’t accomplish success within a few months or years. With the passing years, hard work, and determination, she eventually gained significant success.

Anthony Edwards’ Ex-Wife Is The Founder Of Stila

Jeanine Lobell is a talented cosmetologist and entrepreneur. She founded Stila Cosmetics, in 1994. It made a drastic change in the makeup world. Earning huge followers, it became one of the favorite brands. Later, the entrepreneur sold the line to Estee Lauder in 1999.

Talking with Vogue magazine, the talented entrepreneur said she didn’t think her brand was worth enough to sell at that time.

Came Back With New Brand

Anthony Edwards’s ex-wife came back with a creative idea and launched a new venture: Neen, a makeup subscription brand. Every month its subscribers receive a postcard in the mail which features five different looks on different models along with five makeup samples. In addition, a QR scanner would lead the consumer to an online tutorial to recreate the look at home using the sample in the card.

If the subscribers like what they tried in the sample, they can order the individual products from Neen’s official website.

The founder revealed that when she saw how online tutorials had taken over and she wanted to take that to the next level. Thus, the beautiful lady came up with a very creative idea. And the makeup line seems to be doing well.

Jeanine Lobell’s Net Worth And Earnings

As mentioned above, Jeanine is a creative entrepreneur. With her successful cosmetic lines, she seems to be earning considerably. As per Glassdoor, a makeup artist makes $76,279 annually. Hence, Jeanine Lobell’s net worth must be a significant sum.

Hence, Jeanine must be earning considerably from her ventures. On the other hand, Jeanine Lobell’s ex-husband, Anthony Edwards’ net worth is $40 million. The director amassed it with his career as a talented actor and director.

Was Married To A Renowned Director

As already mentioned, Jeanine and Anthony were married for twenty-one years. The ex-pair first encountered each other on the set of the 1992 movie Pet Sematary Two. They clicked instantly and started going out. After living together for some time, they exchanged the wedding vow in 1994.

However, after two decades of togetherness, the former pairs’ ever-increasing love started to fall short. As a result, they legally ended their bond in 2015. Although the duo is no longer together, they must have had a good time together.

Following the split, Jeanine Lobell’s ex-husband eloped with Mare Winningham, his co-star in the ER. The couple got married in 2021 in a private ceremony where there were just two of them and a friend who officiated. Meanwhile, Anthony Edwards’ ex-wife started to focus more on her career.

However, it is not known if she is seeing someone. Nevertheless, she is doing well and living a comfortable and happy life together with her loved ones.

Jeanine and her former partner welcomed four children together. They entered into parenthood after welcoming their first baby, Bailey Edwards, on 1 June 1994. Afterward, they gave birth to three more children, Esme Edwards, Wallis Edwards, and Poppy Edwards, on 29 January 1997, 1 September 2000, and 15 March 2002, respectively.

The Edwards bunch have grown up and have already completed their formal educations. For instance, Jeanine’s son, Bailey graduated from Williams College in June 2016. Esme also holds a bachelor’s degree in social work from Skidmore College and is currently studying clinical psychology at Antioch University. Likewise, Wallis graduated from The Dalton School in June 2019, and Poppy is also attending college.

The Edwards bunch shares a solid bond with Jeanine. They never forget to wish her on mother’s day and praise her as an outstanding parent.

Nonetheless, Anthony Edwards’ ex-wife is a talented entrepreneur, a doting mom, and a beautiful woman. She has accomplished massive success in her professional life. Let’s hope the makeup artist will come up with more creative ideas in the future and keeps advancing the makeup world. We wish Jeanine Lobell a more prosperous and happy life ahead.