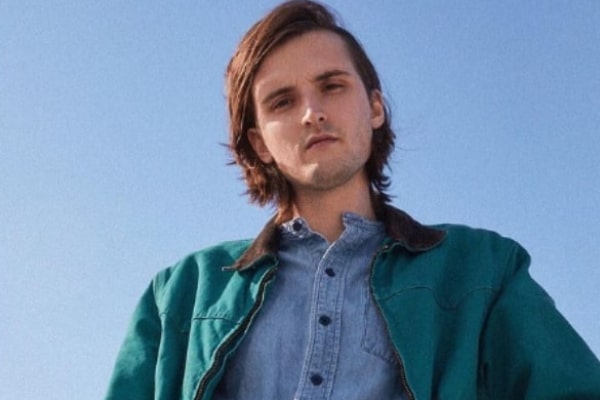 Have you watched an American medical drama television series, ER? If yes, then you must be familiar with Dr. Mark Greene’s character. Well, the actor who played the role is Anthony Edwards. He is one of the most accomplished actors in the American entertainment industry.

Besides his remarkable career as an actor and director, the Golden Globe award winner has a lovely family. He has been blissfully married to his ER co-star Mare Winningham since 2021. Prior to that, he shared over two decades of conjugal life with a talented entrepreneur, Jeanine Lobell, and had four kids.

Hence, let’s get to know Anthony Edwards’ son, Bailey Edwards, in this article, including his education, profession, and love life.

The former Edwards couple welcomed their first baby, Bailey, on 1 June 1994. After his arrival, Bailey Edwards’ parents gave birth to his three lovely sisters, Esme Edwards on 29 January 1997, Wallis Edwards on 1 September 2000, and Poppy Edwards on 15 March 2002. The successful actor’s children share a tight-knitted bond with each other.

Furthermore, the bunch ranged from 13 to 21 when their parents ended their marriage. So hopefully, they got to spend time equally with their dad and mom.

Is A Graduate Of Williams College

Anthony Edwards’ son went to Williams College in Massachusetts and received his bachelor’s degree in June 2016. The 28 years old completed his high school education at The Dalton School. Bailey Edwards’ sister, Esme, congratulated him on his graduation with an Instagram post. She captioned the picture saying the graduate, with a red heart emoji and graduation hat emoji.

The eldest, Edwards, seems to be a happy and cheerful guy. He often shares photos of himself enjoying the time in nature. Also, he is a proud elder brother to his sisters, who never miss wishing them a happy birthday or congratulating them on their achievements.

Jeanine Lobell’s son seems to have inherited some good acting skills and tips from his father. He made his Hollywood debut with the movie My Dead Boyfriend at the age of 22 in 2016. He portrayed the character Jeff in the movie. Apart from that, the handsome guy has appeared in TV series like Single Blonde Failure, PITtv, and movies like Bright, Braided.

Bailey Edwards’ first lead role was in the independent psychological thriller movie M.O.M. (Mothers of Monsters). Being the son of a director, many might think he got the role because of his dad. However, in case of the junior Edwards, it is actually the opposite. Bailey is determined to become a self-made actor, which can be a challenging path with a popular dad.

In an interview with Broadway World, the up-and-coming actor revealed that halfway through the audition process, the producers had no idea that he was Anthony’s son. He found the opportunity to be rare as he was seen just as a normal person. Therefore, he decided to keep the fact to himself for the rest of the process. However, when he was offered the part, he brought it up. Anthony’s baby boy added that he got much more ownership over the role when they did not know about this.

The handsome boy has a long way to go in his career. Let’s hope the director’s son will achieve great success in the acting industry in the coming days. He has even talked about his role in the movie.

Besides acting. Anthony’s kid has also done modeling for several cosmetic brands and others. He must have been paid considerably. As the years pass by, Edwards might get involved in several other projects which might help him earn more. Thus, Bailey Edwards’ net worth might be a commendable sum in the coming days. On the other hand, his father, Anthony Edwards’ net worth is $40 million.

Who Is Bailey Edwards’s Girlfriend?

Scrolling Bailey’s Instagram page, anyone can see how much he prioritizes his family and friends. He seems to be a lively person often hanging out with his friends and siblings. On the other hand, talking about his love life, he has not shared much.

On the contrary, as per his Facebook account, Bailey is married to Juliette Kessler, a University of Oxford graduate. But there is no other evidence to support the claim. Likewise, going through his Instagram, we can see that he has posted several pictures with many girls. However, Bailey Edwards’ girlfriend/partner will remain a mystery until and unless he makes things clear..

Nonetheless, Anthony Edwards’ son has followed in his footsteps, and he seems to be working hard to establish his career in the industry. We wish Bailey the best for the coming days.

Bailey is a traditional name originally derived from the Old English term Bailiff, which means Agent of the Law/ Debt Collector.